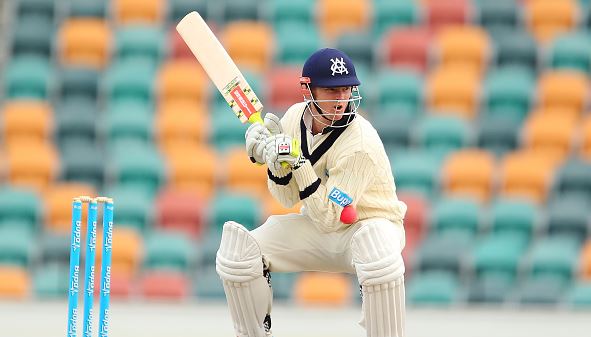 Adelaide seems to have won the race to sign highly rated cricketer Alex Keath after the 23-year-old was delisted by Victoria after the end of the last domestic season.

Keath was a very talented junior footballer and he was even part of Gold Coast's 2010 VFL team, before choosing cricket over AFL and signing a contract with Cricket Victoria.

However, Keath has struggled to cement a spot in Victoria's senior state side before being delisted at the end of last season.

Keath will now move to South Australia to pursue both sports in the summer. He will play in South Australia's district cricket competition, with the South Australian Cricket Association telling Keath they will offer him a contract if he can prove himself.

However, Keath, currently playing cricket in England, is believed to be on the verge of committing to the Crows.

The former Victorian under-19 captain's manager Neil McMullin said that Keath's first passion is cricket but is still entertaining the idea of playing football.

“Alex is moving to SA because he wants to make a fresh start with his cricket,’’ McMullin said.

“That remains his No. 1 priority and he is hoping if he can perform well in the district competition it could lead to something with the Redbacks.

“But he has not closed the door on playing football again and will explore any opportunities that come his way.’’

As many as 14 AFL clubs are said to be interested in the former Victorian cricketer.