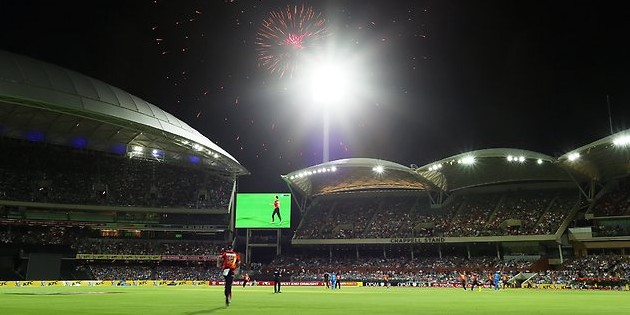 Australia and New Zealand will play an historic day-night Test match at the Adelaide Oval later this year.

The match, starting on November 27, will be the third of a three Test series against between the two nations.

Cricket Australia chief executive James Sutherland said the day-night Test is all about getting more fans in the gate.

"One of the global challenges with Test cricket is that most of the matches outside holiday periods are played on week days, in the middle of the day when people are at work and kids are at school," Sutherland said.

"By shifting the playing times each day's play can go into the evening and allow people to come in after work or after school to attend the last few hours of play, but also when they get home in other parts of the world or other parts of the country, they can watch the game on TV."

The start time of the match is still yet to be confirmed, but one option is commencing at 2.30pm and finishing at 9.30pm.

New Zealand Cricket chief executive David White said that the decision is "another step forward in the evolution of the game."