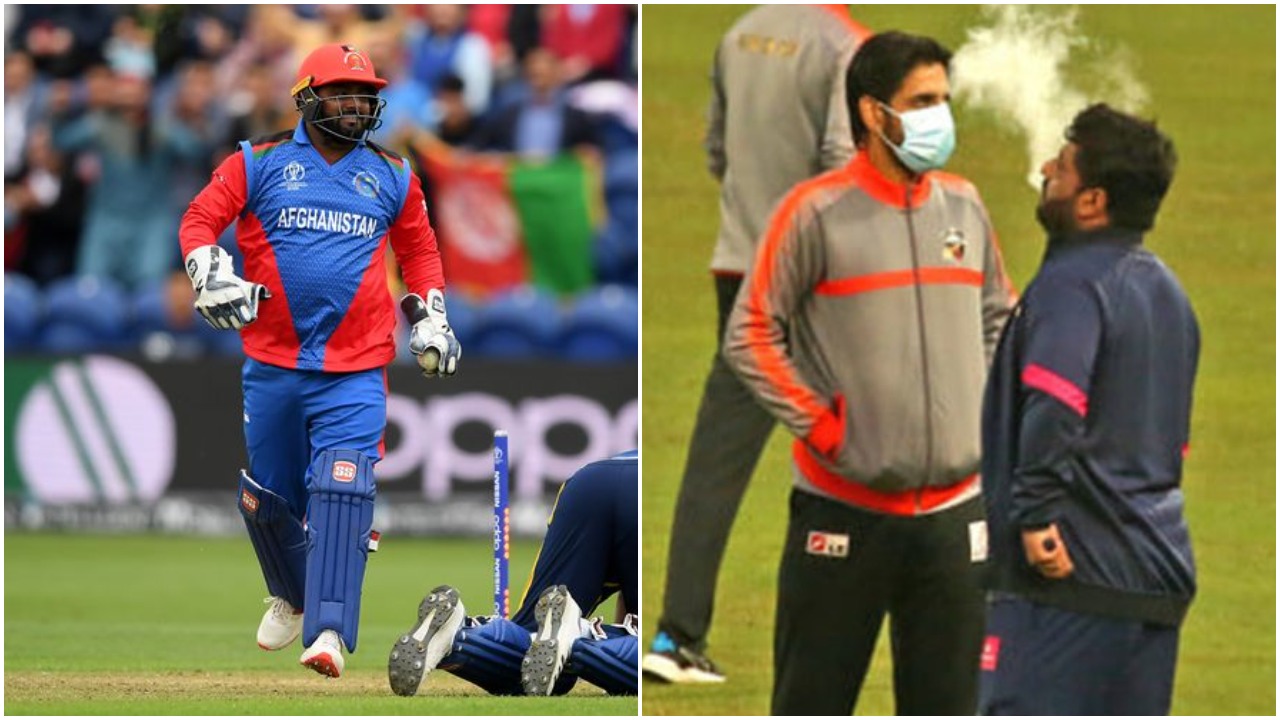 Afghanistan gloveman Mohammad Shahzad has come under fire for "conduct that is contrary to the spirit of the game" during a Bangladesh Premier League match this week.

During a rain-affected match for Shahzad's Minister Group Dhaka at Bangla National Stadium on Friday, the 35-year-old was caught smoking on the field beside teammates as Match Officials mulled over the ground's conditions.

The BCB have since reprimanded Shahzad and placed a demerit point on the batter's record for his actions, having breached Article 2.20 of the BCB code of conduct.

Hmm, Shouldn't Do It Publicly, Gives A Bad Sight pic.twitter.com/7gBB5A62me

That breach falls under conduct that is contrary to the spirit of the game, with Shahzad's action the first of their kind for some time. Australian T20 captain Aaron Finch was caught vaping in the dressing rooms on an IPL match in 2020.

The BPL match, which was eventually called off due to rain, caught worldwide attention as photographers captured Shazad smoking on the ground.

The incident adds to a disappointing BPL campaign for the veteran wicketkeeper, who is averaging just 20 runs with the bat across his six innings with Dhaka.

The non-result sees Shazad's side placed third in the standings, having recorded seven points from as many matches.