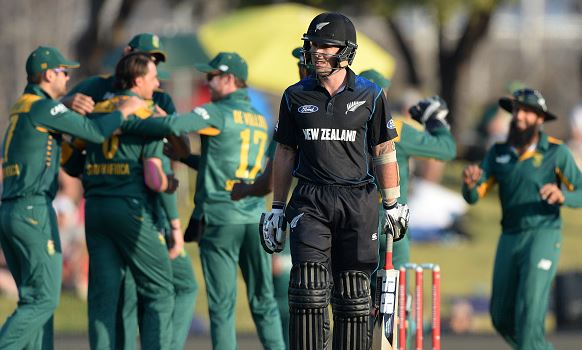 Hashim Amla scored 124 as South Africa beat the Kiwis by 20 runs in their first ODI overnight.

New Zealand won the toss and sent the hosts into bat, before the Proteas scored 7-304 from their 50 overs.

South Africa lost opener van Wyk for just 16, before Amla and Rossouw went about building a match winning partnership. The two put on 185, as Rossouw scored 89 and Amla notched an impressive 124.

Luke Rochi was promoted to opener but was dismissed for just one, as the Black caps run chase got off to a shaky start.

Latham (60) and Williamson (47) then put together a 100 run stand to get the innings back on track for the tourists. However, New Zealand failed to creat any meaningful partnerships and were eventually dismissed for 284, 20 runs short of South Africa's total.

The second match in the three game series is in Potchefstroom on Sunday.