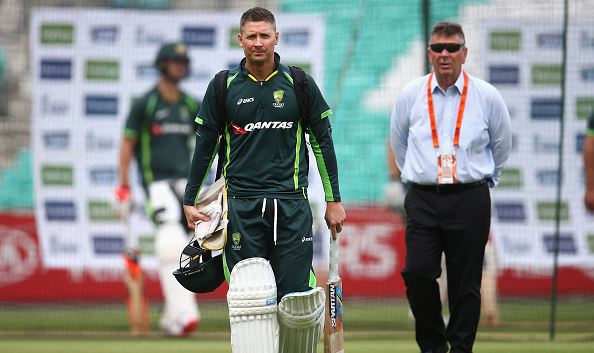 Australia will attempt to end their horror Ashes tour on a high with victory in the fifth and final test, which starts tonight.

Although the series and urn are gone, the fact that this is the final test to be played by Australian captain Michael Clarke should be more than enough motivation.

Quite frankly, if the players are unable to rise to their best in an effort to send an Aussie cricketing legend out a winner, then they are in the wrong line of work.

Although there have been several negatively geared opinions of Clarke since his retirement, it’s hard to mount a case for him being anything other than one of the country’s best batsman over the past decade.

Although not the be all and end all, the stats do not lie:

The Aussie captain enters his final test without a great vein of form under his belt, but if he scores a total of 222 runs he will finish his career with a test average over 50.

Although it’s largely forgotten, Clarke has also won test matches with the ball. His incredible 6/9 figures in India saw the Aussies win a test that was well and truly gone.

Add the fact that Clarke has been a magnificent slips catcher and even better close in fielder, and you have one handy cricketer.

Away from the field, Clarke will be largely remembered for his incredible handling of the tragic Phillip Hughes tragedy.

He was an absolute giant in difficult circumstances and held the side together.

There simply aren’t enough positives to throw at the tower of strength he provided to not only the test players, but those in the wider cricketing community.

His captaincy will be remembered as aggressive yet thorough. He was always looking for a way to win a test, but would not do anything rash.

He has also provided genuine loyalty and has stood by embattled members of the squad.

Despite the incredible achievements of Clarke, this test is about much more than just sending him out a winner.

Chris Rogers, who has been brilliant in his time in the baggy green, is also hanging up his pads and deserves a positive end to his career.

Not to mention the fact that half the batsman in the side are batting for their test futures, as I have mentioned previously.

There is no doubt that a failure at The Oval would end at least two further test careers.

No member of the current squad will be happy with how the current test series has panned out. As professionals their pride will no doubt be hurting.

England have dominated three of the four tests in a series the Aussies entered as overwhelming favourites.

England’s bowlers have made our top line batsman look like nervous rookies, exposing huge flaws in their game.

Our bowlers have struggled to produce anything close to the movement and venom produced by their English counterparts.

All in all, there are very few positives to be taken out of this tour and an absolute mountain of negatives.

The tour NEEDS to end on a positive note.

The Australians need to save face and restore pride, with at LEAST a fighting performance in the fifth and final test.

Should they roll over and be beaten comprehensively, then the tour will be looked upon as a very long and expensive disappointment.

If that doesn’t provide the motivation for a backs to the wall performance, then nothing will.