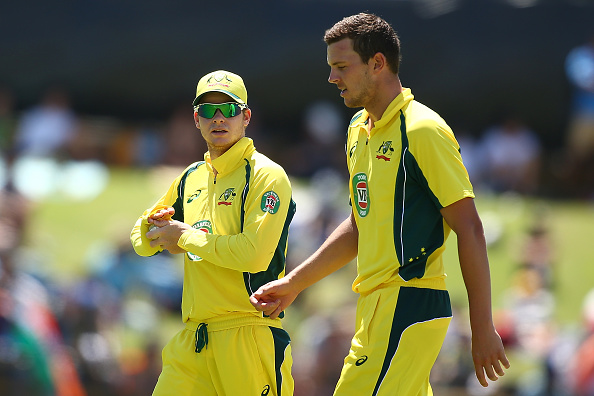 Young fast bowler Josh Hazlewood will be rested by Australia for the remainder of the Aussie summer.

Hazlewood will miss out on the remaining three ODIs against India and the Twenty20 series, with the Test series against New Zealand given priority.

“Josh has played all six Tests this summer and has had a high workload,” Aussie coach Darren Lehmann said.

“On that basis the decision has been made to give him a break to allow him to recharge both physically and mentally ahead of the tour of New Zealand.

“We regard it as sensible management of the player and it is an approach that we have adopted successfully in Australian cricket over a significant period of time, especially in the one-day format.”