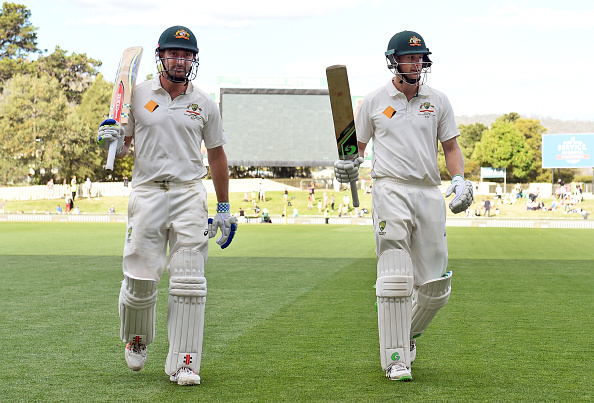 Australia have declared at lunch on day two after a record partnership between Adam Voges and Shaun Marsh.

The partnership was eventually broken when Marsh was caught by Bravo off the bowling of Warrican for 182.

Australia added 145 runs to their overnight score after resuming their innings on day two on 3-438.

Voges now has three centuries this Australian summer, and now boasts a Test average of 71.50 in 11 Tests since making his debut earlier this year. He is now also the fourth oldest Australian to scored a double century.