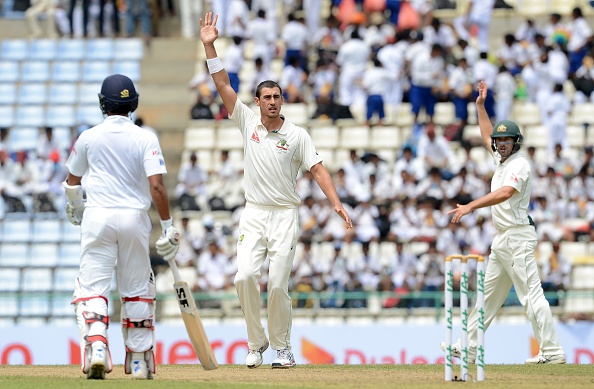 Australia has started the Test series against Sri Lanka in the best possible way, dismissing the hosts for just 117 on day one of the opening test.

The bowlers shared the wickets around, with Hazlewood and Lyon claiming three each, Mitchell Starc finished with two wickets, as did spinner Stephen O'Keefe.

Sri Lanka reached 5-84 at lunch after winning the toss, before adding a miserly 33 runs in the second session.

In response, Australia lost two early wickets, with Warner (0) and Burns (3) both falling within the first four overs, to be 2-7.

Usman Khawaja and Steve Smith then steadied the ship for the tourists, with Australia reaching 2-66 when rain halted play and stumps was called.

Khawaja finished on 25 not out, while Smith was unbeaten on 28, with Australia 51 runs behind Sri Lanka.