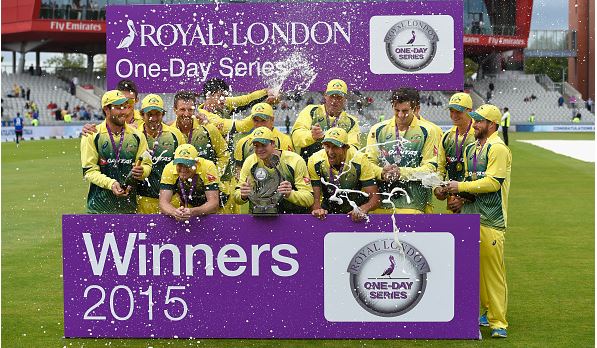 England won the toss and elected to bat, but were skittled for just 138 in 33 overs.

England lost a wicket in the first over and two wickets in the first four over to be 2-13 with both openers back in the pavilion. To make matters worse for the hosts, Captain Eoin Morgan was forced to retire hurt after ducking into a Mitchell Starc bouncer and being struck on the helmet. He was treated for concussion and took no further part in the game.

Ben Stokes made 42, while Rashid made 35 not out, as they were the only two batsman to score over 20 for England.

Mitchell Marsh and John Hastings were the best of the bowlers, taking four and three wickets respectively.