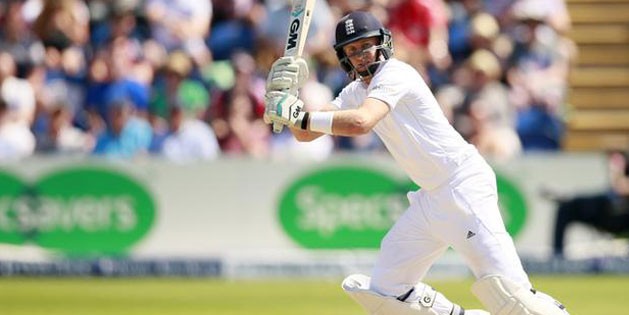 A disappointed Australian team will now focus on what needs to change ahead of the second Test at Lord's on Thursday.

England smashed the overwhelming favourties for the series by 169 runs inside four days, after bowling the tourists all out for just 242 in the second innings.

Shane Watson again failed with the bat when his team needs him most, scoring just 19, while Brad Haddin's position in the side has come under after a crucial dropped catch on day one and another poor return with the bat.

Strike bowler Mitchell Johnson top scored in the second innings with 77, which gives an indication of just how poor Australia was.

Stuart Broad and Moeen Ali each took three wickets in the fourth innings, while Wood and Root took two each.

It is a huge reality check for Australia, who destroyed England 5-0 on home soil in 2013-14, and were unbackable favourites to win the first Test and the series.

Mitchell Starc, who picked up an ankle injury during the match, is said to be on track to play on Thursday, which clears up one selection headache.

However, several other question remain. Should Watson keep his place? Is Brad Haddin's batting enough of a concern to warrant the axe and were Australia's tactics simply not good enough?

Coach Darren Lehmann has flagged changes for the second Test, but what changes remain to be seen.

"We'll certainly have a look at the wicket and work out what our best XI is to win in those conditions and if that means we've got to make changes, we'll make changes," Lehmann said.

"That won't be an issue for us as a selection panel.

"What we can do is learn from it and make sure we make the right decisions going forward and that's selection and just the way we play."

What ever happens, the Australian public will be hoping for a vastly improve performance from their team in London.

See the full scorecard from the first Test at Cricket.com.au