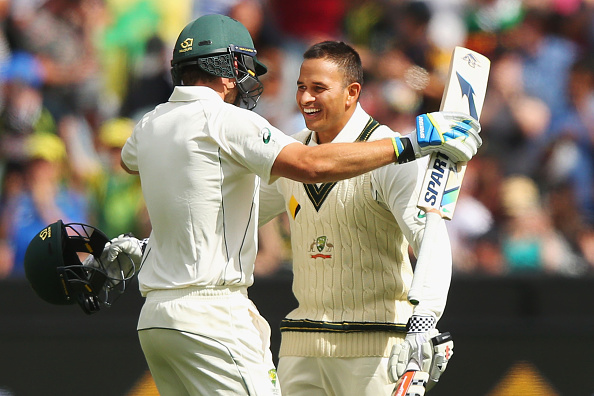 Usman Khawja and Joe Burns have batted Australia into a commanding position on day one of the Boxing Day Test at the MCG, helping the Aussies reach 3-345 at stumps.

Jerome Tayor won the toss and elected to bowl on a pitch that had a strong covering of grass. However, it was all Australia from there.

Burns was dismissed for 128 midway through the third session after he and Khawaja shared in a 258 run partnership, before the opener was stumped by Danesh Ramdin off the bowling of Kraigg Brathwaite.

Khawaja was dismissed by Jerome Taylor for 144 a short time later to make it 3-328.

Earlier, Dave Warner was dismissed for 23 off just 12 balls as he belted three fours off his first three balls in a aggressive, but short lived stay at the crease as he looked to impose himself on the West Indies' bowling attack. However, he was caught by Taylor after a miscued pull shot, with the opener attempting one big shot too many.

At stumps, Steve Smith is 32 not out and Adam Voges is unbeaten on 10.