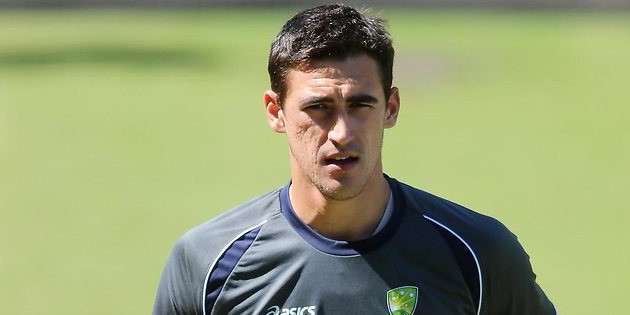 Most fans would agree that given the bowling record of Ryan Harris over the past few years, including last year's Ashes series win in Australia, he is certain starter for the first Test.

However, who fills the next two fast bowling spots is a more difficult proposition.

Mitchell Johnson will probably get the nod, with his recent Ashes form taken into account.

However, Johnson is not in as good a form as fellow pacemen Mitchell Starc and Josh Hazlewood.

Both Hazlewood and Starc have been bowling brilliantly of late, Starc most notably in the World Cup, and Hazlewood in the series against the West Indies where he won the man of the series.

It seems a crime to leave either bowler out, but unfortunately, it will have to be the case, with Australia unlikely to pick a four pronged bowling attack.

Former Australian batsman Marcus North believes that Johnson should possibly be left out of the squad on current form, despite his brilliant credentials.

"You pick Starc because he bowls a fuller length and that is perfect for English conditions.

"Hazlewood will be the best-performing bowler in this Ashes series. He will take 400 Test wickets if he stays fit.

"He has performed really well on flat wickets in the recent series against the West Indies.

"Ryan Harris is a class act. He has been injured but everyone is saying he is ready for the Ashes.

"He might struggle to play more than two Tests in a row because of his body but Australia have options."