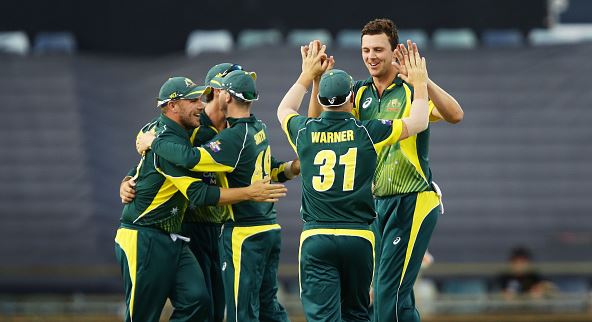 Australia has named its ODI squad for the tour of England and Ireland with several fresh faces, but Shane Watson has survived the axe.

Joe Burns and Ashton Agar are both in line to make their ODI debuts after being named in the 15-man squad due to strong performances in Australia A's recent tour of India, while Victorian all-rounder Marcus Stoinis has also been added to the team.

Xavier Dohety is the only player from Australia's 15-man World Cup squad to be officially dropped, while Brad Haddin and Michael Clarke have both retired from the shorter formats of the game and the other missing members of the squad have either been rested or are injured.

Mitchell Johnson and Mitchell Starc have been rested, James Faulker has been dumped  due to his drink driving charge in the UK last month and Aaron Finch is still recovering from a foot injury.

Matthew Wade has been named as the side's wicket keeper, ahead of current Test keeper Peter Nevill.

Hobart Hurricans spinner Cameron Boyce has been included in the T20 squad for the one off T20 fixture against England on August 31.