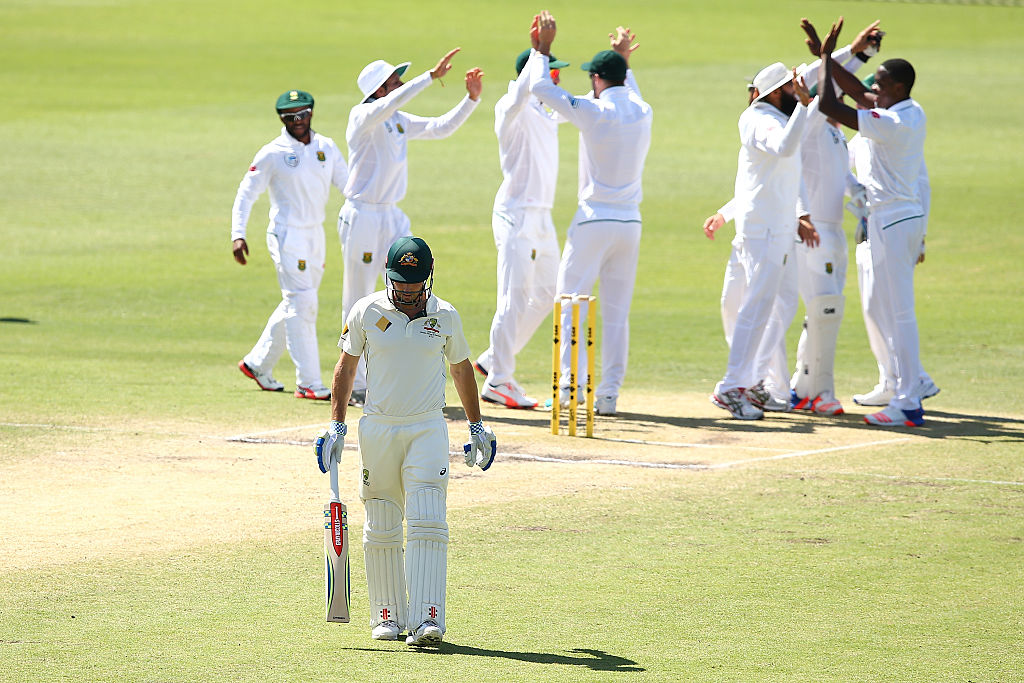 Australia will need to complete the highest run chase in cricket history on day five after South Africa dominated the weekend of play.

Day three and day four were both won convincing by the Proteas, as the task ahead of the Australian side now looks an impossible one.

The hosts are currently 4/169 with just one day of play remaining, and they still need another 370 runs to win.

Dean Elgar and JP Duminy led the charge for the visitors on day three that set them up during the second innings, as the pair combined for 250 runs.

Duminy was removed for 141 with Elgar following him soon after with a score of 127, but the damage had already been done as the South Africans were just 4-324 after they both left the field.

Quinton de Kock and Vernon Philander also added an impressive 116 runs as an eighth-wicket partnership, and captain Faf du Plessis decided to declare with his side leading by 538 runs after lunch on day four.

With the record run chase for a Test victory currently standing at 418 runs, it shows just how big a challenge Australia will face on the final day.

The chase began strong enough as Australia recorded their first 50 runs without a loss, although that was just the opening ball of an eventful thirteenth over.

David Warner pushed for a quick single on the very next delivery, but was run-out after an amazing piece of fielding from Temba Bavuma.

Bavuma picked the ball up and twisted his body to propel the ball towards the bowlers end all in one motion, as a direct hit saw Warner dismissed for 35.

The final ball of Kagiso Rabada's over saw Australia lose their second wicket of the innings, as Shaun Marsh edged a ball to du Plessis at second slip and was taken.

A 92-run third wicket partnership between Steve Smith and Usman Khawaja gave Australians a glimmer of hope once again, but Smith was removed on 34 after an edged carried through to de Kock behind the wicket.

Adam Voges came and went for 1 via the same de Kock/Rabada combo as Smith, as the hosts were languishing at 4-146.

Khawaja and Mitch Marsh closed the day for Australia at the crease on 58* and 15* respectively, although the chase just seems out of reach as the Aussies look to pull off a miracle on the final day.