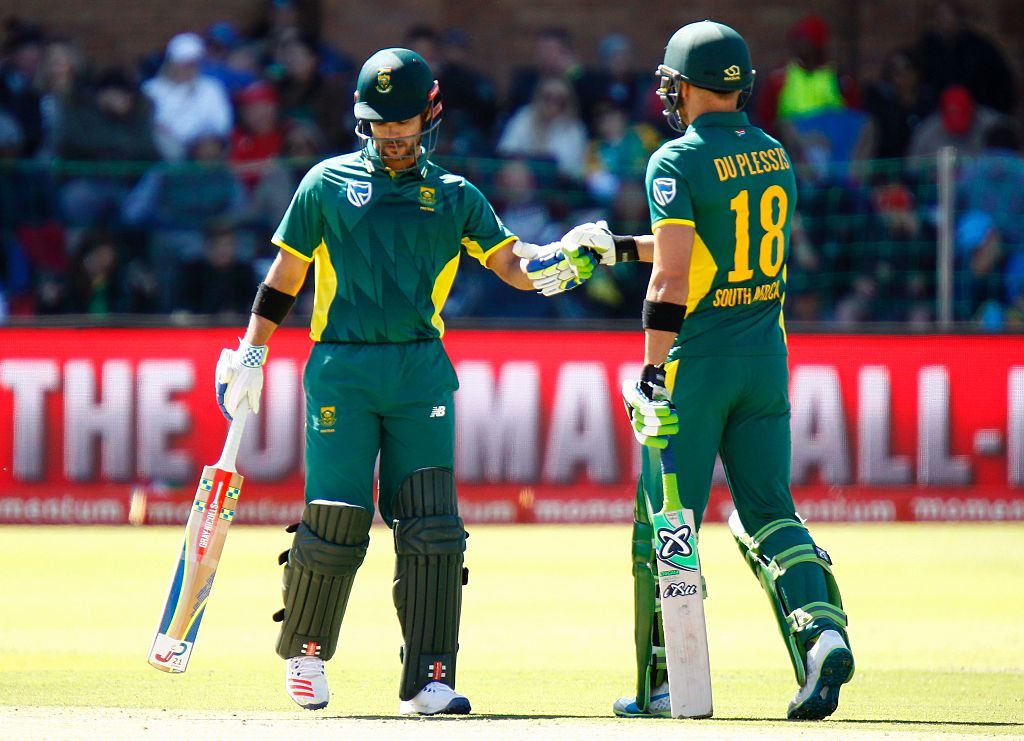 After losing the opening three games against South Africa with a depleted bowling attack, it was now the Proteas' turn to rest some of their bowling stars.

However, they had no problems in beating the Aussies again, chasing down Australia's 167 with six wickets to spare.

Kyle Abbott went 4-40 and Tabraiz Shamsi 3-36 as Australia were dismissed six times throughout their innings by lbw, the equal most dismissals in an ODI innings in history.

A 50 each from Matthew Wade and Mitchell Marsh were the two shining lights on the tourists' batting cards, although they were completely outshone by an average top order display.

Aaron Finch, David Warner and George Bailey were all sent packing inside the opening three overs, and the Aussies were struggling early at 3-12.

They were soon 5-49 when Steve Smith and Travis Head were out, and their total score could have been a lot worse had Wade or Marsh not been involved.

South Africa's chase began rocky as Hashim Amla was trapped Chris Tremain for just four runs, but a 69 from Faf Du Plessis kept the home side on the right path and helped them pick up a 4-0 series lead.

The fifth and final ODI will take place in Cape Town on Wednesday night at 10.30 AEDT.