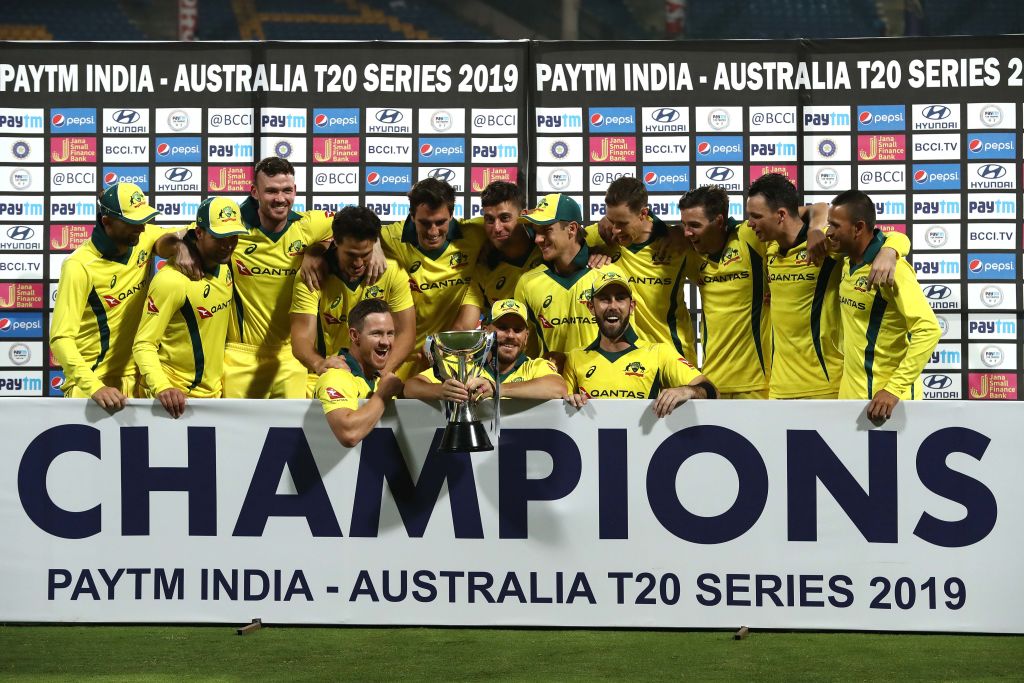 Australia's already busy lead-up to the T20 World Cup is set to become even more so, as an away series against India is announced for September.

According to cricket.com.au, the three-match series will begin on September 20, just a month out from the World Cup.

Australia last toured India for a two-match series in 2019, which they won 2-0. Pat Cummins and Glenn Maxwell played starring roles in securing an unexpected victory. While those two will likely play this tour, Australia's side is markedly different to three years ago. Steve Smith and David Warner have returned, while the rise of Mitch Marsh in the T20 format has brought greater depth.

Yet, as they look to become the first team to win back-to-back T20 World Cups, many have emphasised the need to bring in more firepower.

For Ricky Ponting, the in-form Singaporean-Australian, Tim David, is the answer.

"If I was a selector, I'd love to have someone like that in my team," Ponting told Cricket.com.au.

"He's an out-and-out match-winner. He's the sort of player that could actually win you a World Cup."

David made his mark on world cricket with a brilliant Indian Premier League campaign of 186 runs at a strike rate of 216.27. Despite much popular pressure, Australian selector George Bailey opted to keep the set-up that won the 2021 T20 World Cup for the recent three-match series in Sri Lanka. Stoinis and Wade remain the preferred options for the middle order.

Up against a resurgent Indian side that has jumped to the top of the T20 rankings thanks to a more aggressive game plan, perhaps this series is the moment David gets his chance.

After the series is complete, Australia will rush back home for two more three-match series' against England and the West Indies, before finally playing their first World Cup match against New Zealand on October 22.