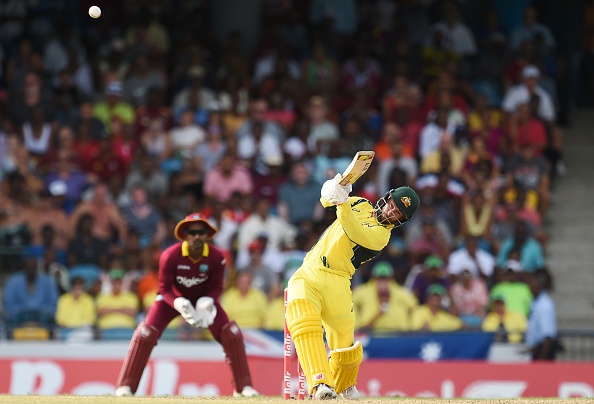 Matthew Wade rallied with the bat then Mitch Marsh and Josh Hazlewood roared with the ball as Australia defeated West Indies by 58 runs in the tri-series final in Barbados.

Steve Smith’s side crashed to be 6-173 in the 37th over after the skipper won the toss at Kensington Oval.

But Wade’s unbeaten 57 helped the visitors bat out their overs and scrap together a total of 9-270.

The decider was in the balance until Marsh blitzed the hosts’ form batsmen. The all-rounder snared 3-2 in the space of 12 legal deliveries, including the key scalps of Darren Bravo and Marlon Samuels.

Marsh was named man of the match, while Josh Hazlewood took out the man of the series award.