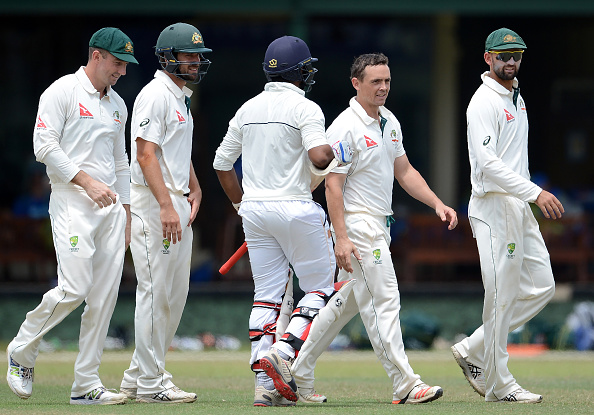 Australian spinner Stephen O'Keefe is set to be fined by Cricket Australia following a boozy night out in Manly in New South Wales, according to the Daily Telegraph.

O'Keefe reportedly abused security, Police and hotel management when he was refused entry into The Steyne Hotel on Saturday night.

He has been issued with two criminal infringement notices by Police.

“Just before 11pm, on Saturday 6 August 2016, a 31-year-old man attempted to enter licensed premises at The Corso, Manly,” a police statement read.

“It will be alleged the man behaved offensively towards a security guard, who had refused the man entry.

“The man allegedly verbally abused the security and management personnel, and refused to leave.

“Officers attached to Northern Beaches Local Area Command attended and the man was issued a criminal infringement notice for offensive behaviour, and excluded person remain in vicinity of licensed premises.”

Cricket Australia has launched an investigation into the incident and is set to come down hard on the New South Welshman, with a large fine among several likely sanctions.

The 31-year-old played in just his third Test match during the first match of the three-Test series in Sri Lanka before being sent home due to a hamstring injury.