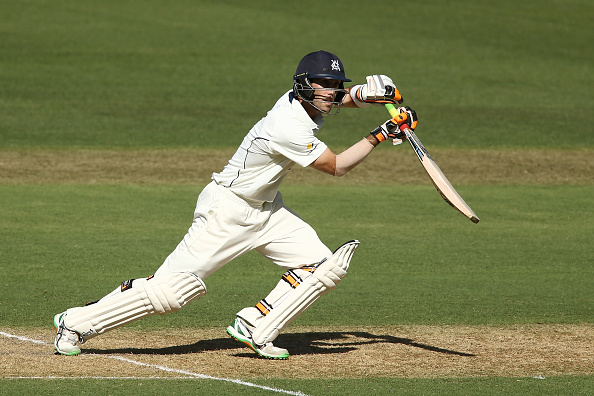 Australia have just recently re-acquired the number one Test ranking off the back of their series victory in New Zealand.

With arguably the best batting and bowling lineup in the world right now, imaginably, there are a few pretty handy cricketers missing out on Test selection.

Here are the fantastic batsmen and bowlers missing out on Test match action due to being stuck behind any number of world-class players in their role.

To have qualified for 'Australia's second XI,' a player can have been previously capped at Test level, but cannot have played in Australia’s latest Test tour of New Zealand (injured players not included, ie Mitchell Starc).

Ed Cowan did not set the world alight in his 18 Tests for Australia, averaging just 31 with six 50s and one century to his name. However, he has always proved a reliable bat at Shield level, averaging 41, and one would not bet against his first class experience if called upon to do the job again for Australia.

Aaron Finch isn’t as prolific a first-class batsman as he could be, and this has held him back from Test selection his entire career. We know how quickly he can score, and a recent 288 not out against a New Zealanders tour side shows he may finally be heading in the right direction.

Love him or hate him, Shaun Marsh’s statistics are more than fitting of a Test batsman. At the top level, his average is 38 through 17 Tests and he has been impressively consistent with his ODI (39.5) and first class (40) averages.

Nic Maddinson started out life more notably as a shorter-form batsman, but has recently shown his proficiency in the longer form of the game. His first-class batting average (37) and his age (24) mean he is definitely in line for higher duties soon.

Long earmarked for a career as an international batsman, Marcus Stoinis’ impressive first-class average of 40 and his ability to contribute with handy right-arm medium pace puts him well in the frame to add to his sole ODI in 2016 and surely make the jump to the Test squad sooner or later.

Not everyone’s cup of tea (and certainly not mine), but Glenn Maxwell’s talent is undoubtable, and while he is unlikely to develop into the measured top-order batsman he should have, he could yet prove useful down the order in the baggy green. His handy off-break doesn’t hurt his chances either.

Time is running out for Nathan Coulter-Nile to really make a career of Test cricket, but one scan down his bowling averages in all other forms – almost all sub-20 – shows the kind of bowling he is capable of producing. Given his wicket taking ability, fielding and batting ability, it is a surprise he has not yet been selected in the Test squad.

His bowling averages need to come down slightly, but as of now, 22 year-old Gurinder Sandhu looks an impressive Test prospect. His height makes his bounce hard to contend with, and his ability to swing the ball both ways is impressive.

He didn’t enjoy the best of starts to international cricket, but don’t let that fool you – Joel Paris should enjoy a career of great significance for Australia. He will need more than five first class matches to develop as a long-form bowler, but the fact that he’s been handed Glenn McGrath’s #11 shows how highly young Paris is thought of.

Former Test spinner Ashley Mallett said it all when he called Cameron Boyce “the best leg spinner in first-class cricket since Shane Warne”. While Boyce has until now specialised in short-form cricket, he definitely has the potential to play Test cricket, which the selectors seem to agree with, selecting him numerous times for Australia A.