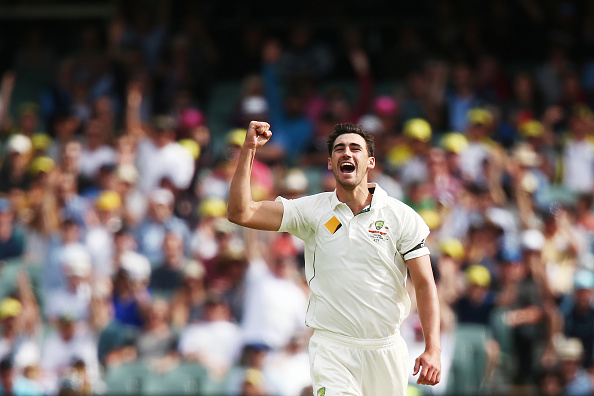 If you haven’t noticed, Australia’s bowling depth is very strong at the moment.

With as much depth as there is right now in Australian cricket, it is not a bad time to review just who’s leading the pack, who’s flying up the rankings and who’s falling behind.

Note: This list will be reserved for specialist bowlers only, and sorry Mitchell Johnson – international retirees are not eligible either.

This inclusion may surprise some, but lately, the leg-spinning Twenty20 specialist has put up some improved first-class and list A numbers.

Everyone is well aware of Boyce’s talent in the shortest form of the game, boasting a club and international average below 20, but if he can improve in the longer forms, he may start to be considered for the ODI team.

At just 24-year-old, Kane Richardson has already made his debut for both the international T20 side and the ODI side. While he is far from the most talked about Aussie bowler, he is one to keep an eye on.

His averages across the board will need to come down if he is going to make headway in his international career, but his pace, aggression and well-directed yorkers mean he’s consistently a tough assignment.

Gurinder Sandhu made his first class debut in 2013 and two years later was playing in the ODI team. After another impressive campaign in the Matador Cup, all eyes are on the huge New South Welshman to put in a big 2016.

Sandhu’s height, bounce and ability to swing the ball either way make him a ferocious opponent, and if he can refine these skills, he has the tools to become one of Australia’s most dangerous bowlers.

Nathan Coulter-Nile is finally on the verge of his Test debut after what seems like an eternity of hype surrounding the West Aussie fast bowler.

While he can be considered an all-rounder, he gets the nod on this list due to his impressive bowling numbers and severely unimpressive batting numbers. Let’s hope we get to see what ‘River’ is capable of on Boxing Day.

If it wasn’t for Pat Cummins’ body continually letting him down, he may well be atop this list by now, or at least a fixture in the Australian Test side.

The 22-year-old possess outstanding talent to continually bowl the ball 150kmh, but after this latest injury setback, resulting in the youngster missing the T20 World Cup, one wonders if he will ever reach the heights he was destined for.

Many times have the doubters prescribed Peter Siddle’s Test career over, and each time he has proven them wrong. Through his renowned health regimes, Siddle has continually proven he is one of the Aussies’ most professional cricketers.

At age 31, he will struggle to return to his best of five or so years ago, but I will be the first to back the Victorian to add to his 59 test caps.

With Mitch Johnson’s recent retirement, James Pattinson has proved that he is definitely in Australia’s three best quicks.

After Pattinson’s controversial dropping following ‘Homeworkgate’ in 2013, the Aussie selectors handed him his spot back this latest Test series, and his fourth five-wicket haul in his Test cricket career proved they were right to do so.

By far and away Australia’s best spinner, Nathan Lyon has stepped up the past few years.

His commitment to the improvement of his game has recently seen him surpass Hugh Trumble's century-old record of the most wickets by an Australian off-spinner.

Josh Hazlewood has carried the enormous burden of expectation his entire international career, making his ODI debut at age 19 and being compared to the legendary Glenn McGrath.

While his international averages are impressive (all forms sub 25), his Test career has just recently blasted into another galaxy, taking 16 wickets his past two matches.

He has at times been criticised for being expensive, but to date, 2015 has easily been Mitch Starc’s best year.