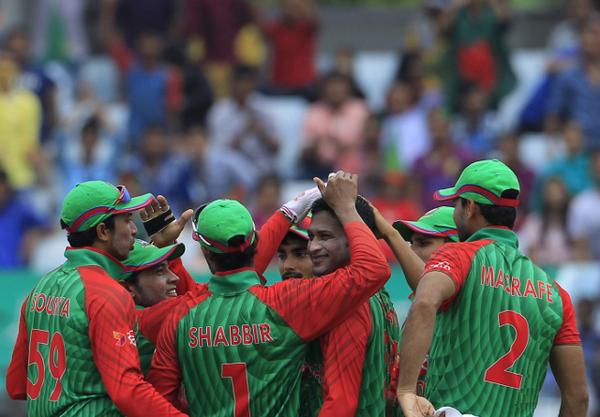 Bangladesh have recorded a stunning nine wicket win in the final ODI to win the three-match series against South Africa 2-1 in Chittagon.

South Africa won the first match of the series, before Bangladesh fought back to level the series in game two.

The Tigers then produced a brilliant performance overnight to record their first ever series win over the Proteas.

Bangladesh restricted South Africa to 9-168 in a rain restricted match, which saw the game reduced to 40 overs a side.

Shakib Al Hasan took three wicktets for the home side, while Rahman and Hossain each took two.

J.P Duminy and David Miller were the only South African batsman to provide any resistance, scoring 51 and 44 respectively.

Bangladesh were given a target of 170 under the Duckworth-Lewis method, and reached a target with 83 balls to spare.

Tamim Iqbal and Soumya Sarkar made a brilliant start as they combined for a 154 run opening stand, before Sarkar was caught by Alma off the bowling off Tamir, agonizingly short of his century, for 90.

With just 16 runs left to achieve victory and plenty of overs to spar, Litton Das (5) came in to join Iqbal (61) at the crease, as the pair finished off the run chase to record a memorable victory.

Bangladesh are proving for the first time that they can indeed be a force in international cricket.

The two sides will now play a two-match Test series starting on July 21.