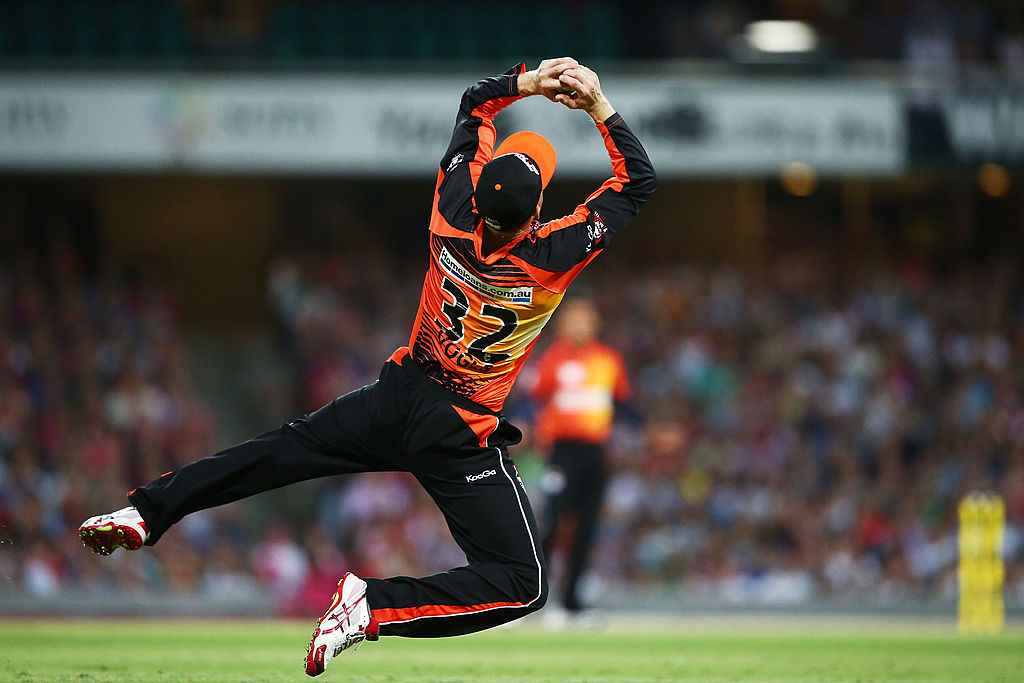 It's quite a common saying amongst cricketers, and the players on this list have some of the safest hands in the game.

After looking at players who were deadly with the ball yesterday, today we turn our attention to those out in the field who we'd like to have on our side.

Whether it's fielding in the slips, at cover or down at long off, its crucial that players take the chances that are given to them by the batting side.

In BBL history no player has caught as many wickets as veteran Adam Voges, as the 37-year-old has 22 catches from 37 games, and goes at more than one catch every two outings.

Luke Wright (21) and Dan Christian (20) are the only other players to have caught dismissals more than 20 times, although the man who has his hands in the right place at the right time the most often doesn't make the list.

Test captain Steve Smith takes a catch during 75% of the BBL matches he's played in, which is a better rate than any player with nine or more catches.

Smith has taken 15 grabs in 20 games, and it could have been plenty more had international commitments gotten in the way.