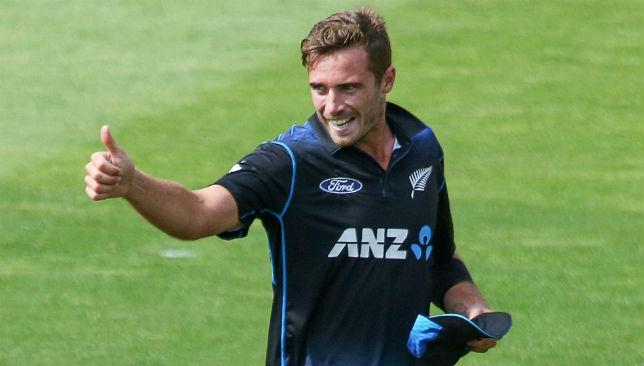 Captain Brendon McCullum says New Zealand may be forced to name two debutants for the first ODI against England, due to injuries and fatigue to key players.

The Kiwis take will play their first ODI since the World Cup, with Mitchell Santner and Ben Wheeler both in line to debut.

McCullum confirmed that paceman Tim Southee will miss the match due to a heavy work load in the two-test series against England.

All-rounder Corey Anderson is also unlikely to take his place in the side due to the back injury he sustained in the First Test.

Santner looks likely to replace Anderson as the all-rounder, while Wheeler is ready to replace Southee in the pace attack.

"Mitchell's an exciting player. He's very much an elegant left-handed batsman and he bowls some handy left-arm spin as well," McCullum said.

"He should get many opportunities throughout this series and hopefully he's another guy we can introduce to international cricket and he can perform from the get-go."

"Ben has the potential to be outstanding."

"He's very much in the Trent Boult mould. He swings the ball at decent pace and has fitted into the team seamlessly."