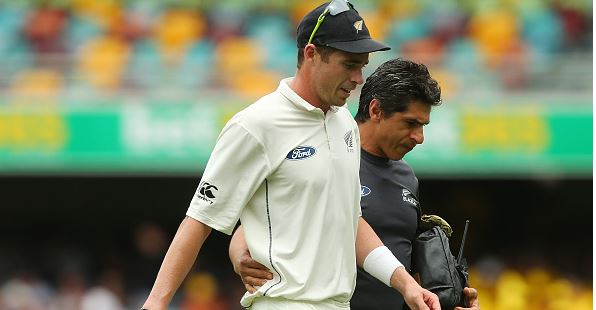 The Black Caps are prepared to carry an underdone Tim Southee through the second Test at less than full fitness, with the fast bowler given permission to make the final call on whether he risks himself and his team’s fortunes at the WACA.

Southee breaking down on day two of the first Test virtually ended New Zealand’s chances of competing in Brisbane, but it would appear the Black Caps feel they can’t keep the trans-Tasman series alive without him in the attack.

The right-armer bowled at length in the WACA nets yesterday and despite receiving regular massaging and physio throughout the session, would appear set to make an extraordinary return from a back injury.

The only way Southee won’t play is if he tells his skipper Brendon McCullum before the toss this morning that he doesn’t feel he can get through.

“He needs to tell me that he’s OK,” said McCullum.

“Tim is a strong leader within the group. We trust him completely. He’ll make a decision that he believes is best for the team. Until that happens, we’ll wait and see. But either way we’ve got some good options within our squad.

"Whatever happens, we’re confident we’re going to take in a team that’s going to be able to get the job done."