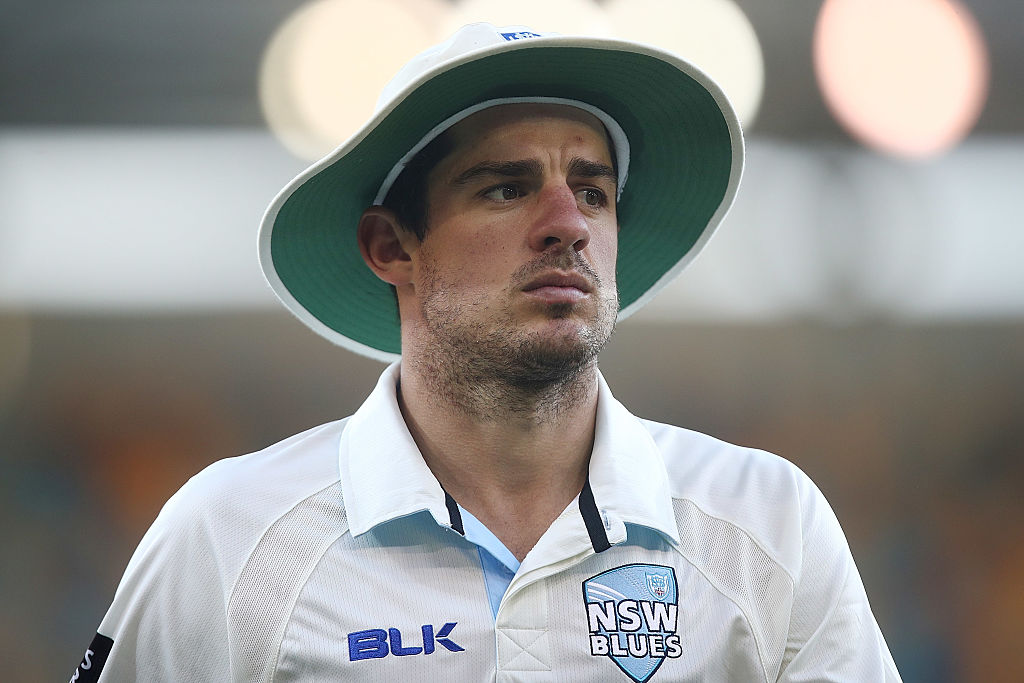 Blues assistant coach Geoff Lawson believes Copeland won't make the trip to Adelaide during the week, after going to hospital following a horrific finger injury while fielding in the slips.

"It's at least dislocated, if not worse (and) it's the top of his bowling finger as well," Lawson said.

"His finger's going sideways and the bone is sticking out.

"I'd say Copes would be out - it is his bowling index finger, it's the most important part of his body, basically."

The loss would be a major blow for NSW's bowling attack, after Copeland took figures of 6-54 and 2-65 across both innings.

Henriques is also under a major injury cloud following their dramatic draw in Hobart, after the captain's sensational exit from the field late on the final day.

The 29-year-old was midway through his run-up before he stopped and threw the ball into the ground, before grabbing his hat and jumper from the umpiring and walking straight off the field.

Amazingly, the injury came just minutes after Henriques asked Tasmanian batsman James Faulkner is he was happy to end the game early, given Tasmania still had six wickets in hand with eight overs left.

NSW are currently unsure about whether or not Henriques will be fit for the next round of Shield action in Adelaide on Monday, but Lawson says his absence would be noticed.

"He's pretty important to us and who knows, maybe Australia down the track shortly, too," Lawson said.