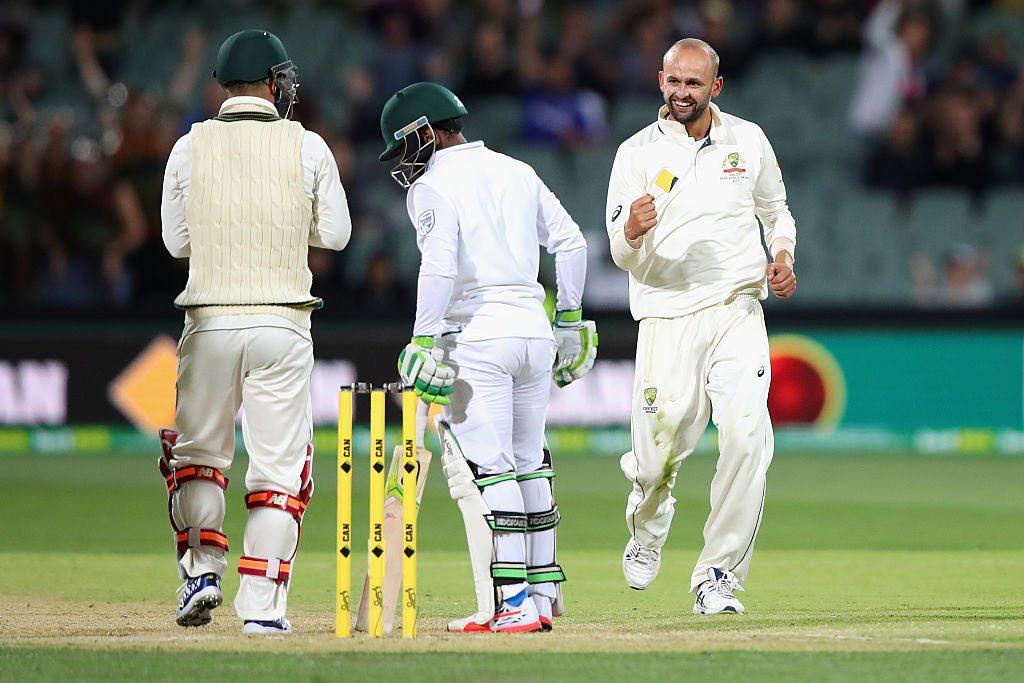 Australian coach Darren Lehmann has backed Nathan Lyon and spin coach John Davison, after the pair have been under the spotlight in recent weeks.

The majority of Australian cricket lovers were calling for Lyon's head after the second Test in Hobart, but the spinner bounced back in Adelaide and amassed 3-60 during the second innings as he took key wickets late on day three.

Davison is the current spin coach for Australia and has a strong relationship with Lyon, but isn't seen on tour with the 29-year-old often.

"So you want another staff member on tour?" Lehmann said after a question was asked of Davison.

"A lot of people say it's a question of numbers. John's obviously got other roles as well, so he has been working with Nathan throughout the preparation phase of all Test matches. So he has been around, just Adelaide he stayed around.

"I would have thought we've had Murali [Muttiah Muralitharan] and had Sri [Sridharan Sriram], so we've had a couple around the place. Davo's come around on tours. When we're away, we normally take one. I don't think we haven't taken one to the subcontinent."

Lehmann was pleased with the response shown by Lyon during the third Test, after the finger-spinner copped criticism from both inside and outside of the Australian camp.

"I'm just pleased for the players. The players have copped a lot over the last few weeks and they've responded really well," he said. "Obviously, a change of players as well. You feel sad for the blokes who missed out in this Test match, but the guys who came in did a really good job. Steve [Smith] summed it up - a new young group going forward, really pleased for them.

"Overall, [Usman] Khawaja was outstanding in the first innings. He put away his cover drive and really summed up conditions well. They all did their job. It was great to see Nathan Lyon, who has copped a lot from everyone - including us, I suppose, as staff and selectors. He really did a great job for us this game as well."