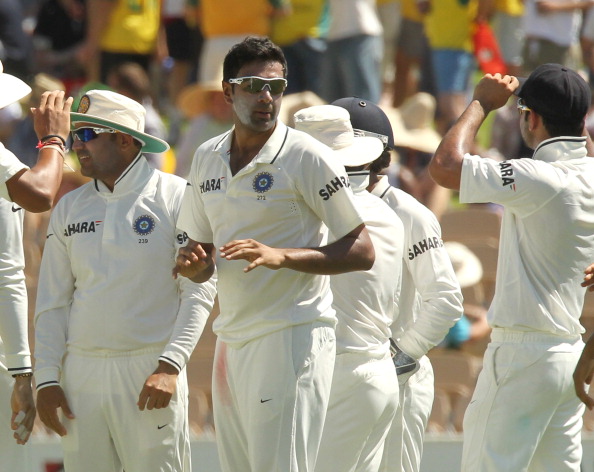 The Board of Control for Cricket in India (BCCI) have announced the fixtures for the Border-Gavaskar Trophy between India and Australia in February-March next year.

The series will be hosted in India after six years and will be the final four-match series before the five-match series from the next WTC cycle.

The four-test series will begin on February 9 in Nagpur, followed by games in Delhi (beginning on February 17) and beautiful Dharamsala (March 1).

Nagpur has a fascinating history for the India-Australia clash, as Jason Krejza recorded the famous figures of 12/358 for the match on debut, including 8/215 when Australia visited India in 2008.

In contrast, Australia has a poor record at Arun Jaitley Stadium, Delhi, as the team has featured in seven games, winning only one, and losing and drawing three each.

Australia's most recent Test trip in 2017, during which the team was captained by Steve Smith, took place at Dharamsala, a city in the Himalayan foothills, where the team met the Dalai Lama.

Smith will recall brighter times when he returns to Dharamsala, as in the first innings of a match that Australia ultimately lost, he completed a magnificent individual series by scoring his third century of the tour.

Australia will play Test cricket at the world's biggest cricket stadium for the first time. The conclusion of Australia's first men's Test series in India will occur at Ahmedabad, the recently expanded 132,000-capacity stadium named after the current Prime Minister Narendra Modi.

Former US President Donald Trump notably mispronounced the names of Indian cricket legends Virat Kohli and Sachin Tendulkar during a speech there in 2020. The stadium has received a $AUD130 million renovation, increasing its capacity.

Earlier this year, the location played host to the Indian Premier League final, which drew a record-breaking 101,566 spectators.

The fourth test at Narendra Modi Stadium is expected to be a day-night affair played with a pink ball. The last test was between England and India, played under lights when England was defeated by India within two days of the Test match.

Following that, Australia's tour of India will end with three one-day internationals (ODIs) in Mumbai (March 17), Visakhapatnam (March 19), and Chennai (March 22), leading up to the next season of the IPL.