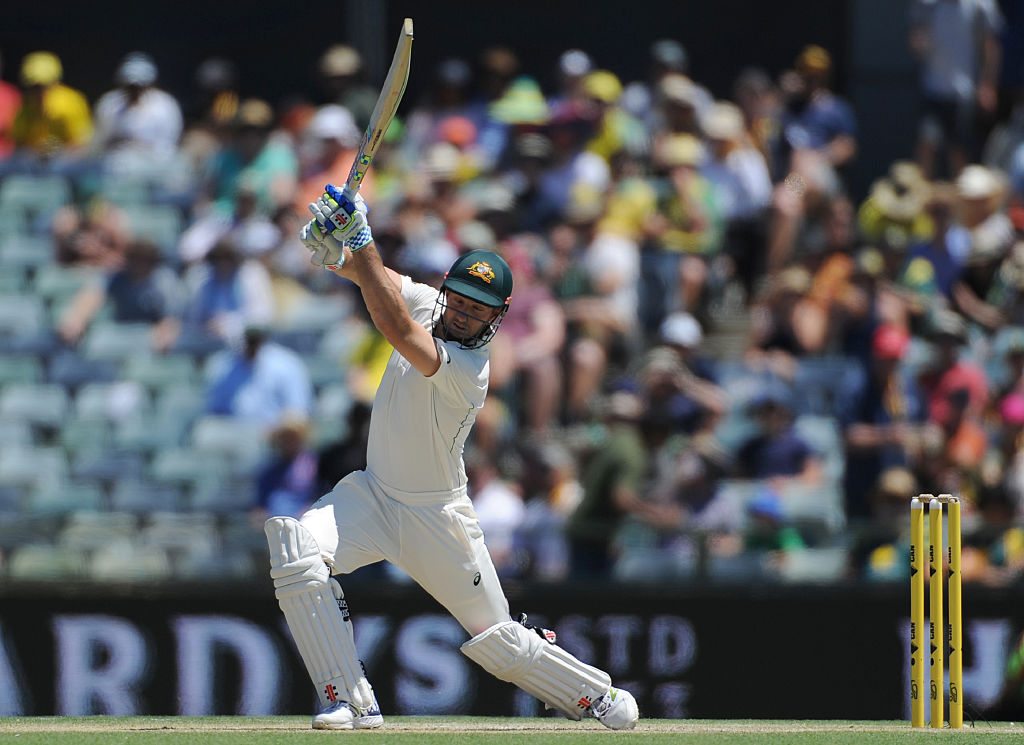 The opener played the first Test of the series before missing the final two with a broken finger, as young Queensland opener Matt Renshaw took his place in the third Test and performed quite well.

Despite his performance in Australia's first win of the summer, Michael Slater believes Renshaw must drop back down to domestic cricket once Marsh is fully fit.

"I think that Matthew Renshaw now has had one Test, he's had a great experience," Slater said on Big Sports Breakfast.

"He can go back and fill up with Shield runs, hopefully. We know that he's an international player in the future.

"So for the strength of the side, I think Shaun Marsh probably does come back in.

"I would think being the incumbent and showing some good form he should come back into the side."

Prior to his finger injury Marsh also spent time out of the side with hamstring troubles, and has only played four Tests in the past 12 months.

He's averaged 66 during that time and smashed two centuries, including one that Allan Border saw first hand during Australia's tour of Sri Lanka earlier this year.

"He just has this terrible run with injury so that's the issue for me. He can't keep himself fit and on the park.

"But I wouldn't just discard him outright because I think he's hit a time in his life where he understands his game better.

"I understand where Ian (Chappell) is coming from because I thought Renshaw was really good (in Adelaide). He gave us that stability at the top of the order that we've been lacking.

"We've got a lot of players who go after the bowling and play aggressively, so I think it's good to have the odd guy in there whose hard to dismiss and you can bat around him."

Marsh is in a race against the clock to be fit for the first Test against Pakistan on Brisbane, which gets underway on November 15.