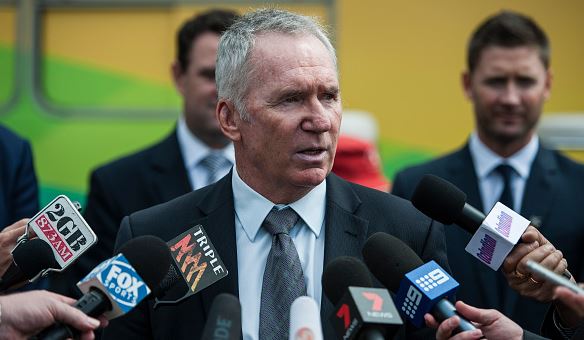 Former Australian captain Allan Border has revealed who he would choose to bat for his life.

Border says that of all the world's top batsmen, Kiwi star Kane Williamson is the best.

“Of all the gun batsmen going around, he would be the one I’d choose to bat for my life. Over AB de Villiers, in front of Steve Smith, in front of Warner, in front of all of them,” Border told foxsports.com.au.

Williamson scored a brilliant 140 in the first Test against Australia and has scored 760 runs over his last 10 Test innings at an average of 95.

“He’s always been a guy who has time at the crease. He has that extra-half second to play it; the excellent players, that’s what separates them from the rest. I think it’s just that time at the crease when you get to make correct decisions on what shots to play, and he shows those signs," Border said of the 25-year-old.

“He came in when he was very young and he hasn’t even peaked yet, he hasn’t reached that golden age for batsmen from the late 20s into the 30s. He’s going be one of those players that is awesome by the time he hits 30.”

“Technically, he’s probably as equipped as any of them because I think he can take that technique to all different types of pitches.

“You know, Virat Kohli got found out in England. I think Joe Root’s right up there, I’ve got a lot of time for him.

“Steve Smith’s probably there too but he’s a little bit more fidgety at the crease, so sometimes that affects the visuals about how technically correct he is.

“But I think Kane Williamson, he does everything correctly technically. He’s very still at the crease, plays all the shots. I think he’s equally as comfortable against the spin and pace bowling”

Williamson has a career batting average of 51.92, with 2,804 runs with nine centuries.