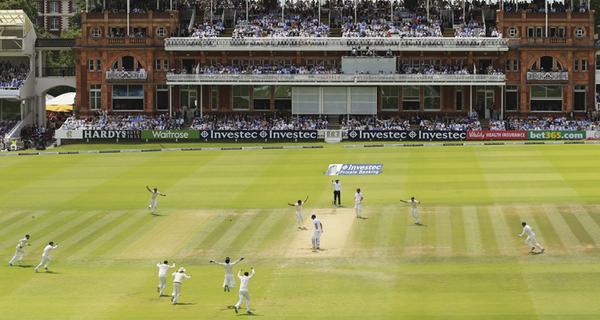 As if the Poms weren't feeling bad enough, former England Test opener Geoffrey Boycott has launched a stinging attack on the team.

Boycott absolutely unleashed in his column in the UK Telegraph. Nearly every player copped a personal attack from Boycott, with all rounder Ben Stokes receiving the worst appraisal from the fiery commentator.

“The most stupid dismissal of all was Ben Stokes trying to get out of the way of being hit by the ball, not running his bat in and getting run out. As a batsman you protect your wicket at all costs, and should not mind getting hit by the ball anywhere. By that time, the whole innings was a shambles," Boycott said of Stokes.

He didn't let up there, with Gary Ballance and wicketkeeper Jos Butler in particular feeling the heat.

“He was so flat-footed I never felt comfortable all the time he was batting … you feel he is going to get out every ball," Boycott wrote.

“Jos Buttler bats as if he does not know whether to stick or twist … If he carries on like this we will be looking for another wicketkeeper-batsman.”

Boycott, like much of the English media, was also unhappy with the state of the pitch.

"The England captain says that this pitch was not made especially slow to negate Mitchell Johnson and Mitchell Starc. Privately, we have information to the contrary. The request might not have come from Cook himself; I believe it came from higher up … England are so worried about the Australian fast bowlers that we have made our own pair innocuous," he said.