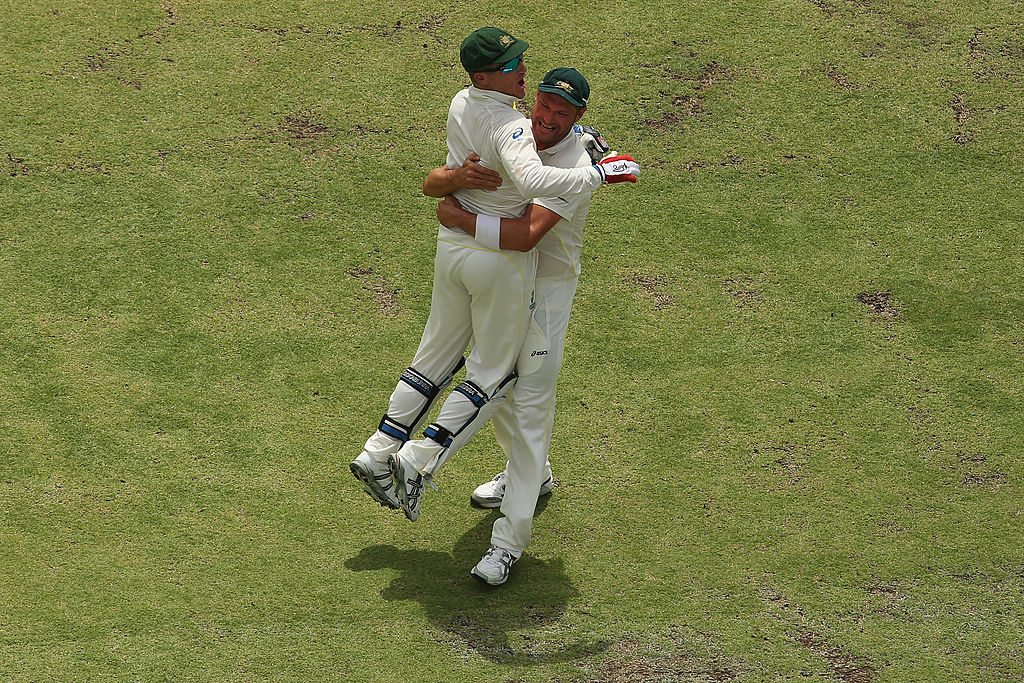 Haddin and Harris will replace current assistants Graeme Hick and David Saker as both men will head to India early for extra Test preparation.

The former wicketkeeper and ex-bowler will act as coaching consultants during the three-match series, with an added emphasis on fielding and bowling respectively.

"It's a fantastic opportunity for us to have ex-players of the calibre of Brad and Ryan on board for this tour and continue their involvement in Australian cricket," Lehmann said.

"Both these guys have worked hard on their coaching since leaving the game and thoroughly deserve their opportunity.

"They will bring a great insight to the team and their appointment highlights some of the depth we have in Australia in the coaching pathway system."

Haddin has spent time with the Australia A side as an assistant coach during the winter, and said he was looking forward to linking up with the national team once again after retiring during last year's Ashes campaign.

"It is going to be great to be back in Australian colours again, albeit as part of the coaching group," Haddin said.

"I thoroughly enjoyed my time working with Australia A in Townsville recently and am grateful that coaching has given me the opportunity to remain involved in cricket.

"Darren and I have always had a great working relationship so to be able to coach alongside him is something I am really looking forward to."

Harris was also pleased he's been given the chance to work with the national side once again, after helping them through the tough 5-0 ODI loss to South Africa in September.

"South Africa was a great learning experience for me and it was fantastic to be back with the team again," Harris said.

"Coaching is something I really enjoy and to be able to continue to be involved with the Australian team is something I can’t wait to be a part of again."

Australia will head across the ditch to New Zealand in late January, and will play three ODI's against the Kiwis from January 30 to February 5 in a bid to win the Chappell-Hadlee trophy.