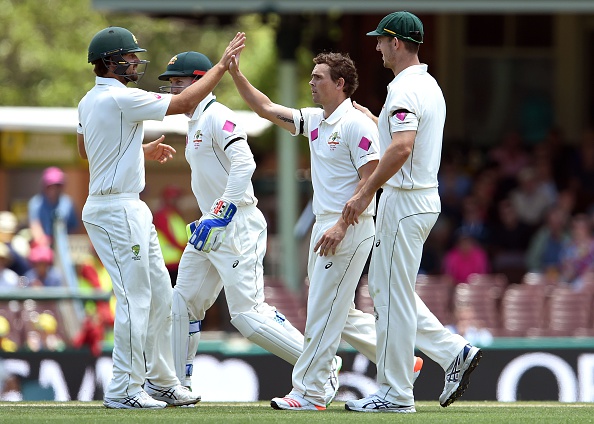 Jon Holland is all but assured of being capped Australia's 444th Test cricketer in Galle next week now that a hamstring strain has prematurely ended fellow spinner Steve O'Keefe's tour of Sri Lanka.

Holland, uncapped at international level having made his first-class debut for Victoria in 2008, will join the Test squad over the weekend as the second specialist spinner behind Nathan Lyon.

His good fortune is also a bitter blow for O'Keefe who is understood to be devastated by the injury blow having waited in Lyon's shadow and played only two Tests since his debut against Pakistan in the UAE in 2014.

The left-arm spinner, who starred in Australia's pre-Test warm-up game in Colombo and had captured three wickets in the first Test at Pallekele to date, hurt his right leg when chasing a ball to the boundary shortly after lunch on yesterday's third day.

He attempted to bowl an over shortly after, but having delivered just two balls he was forced to leave the field and did not re-appear as Australia's remaining bowlers struggled to make a breakthrough throughout a torrid third afternoon.