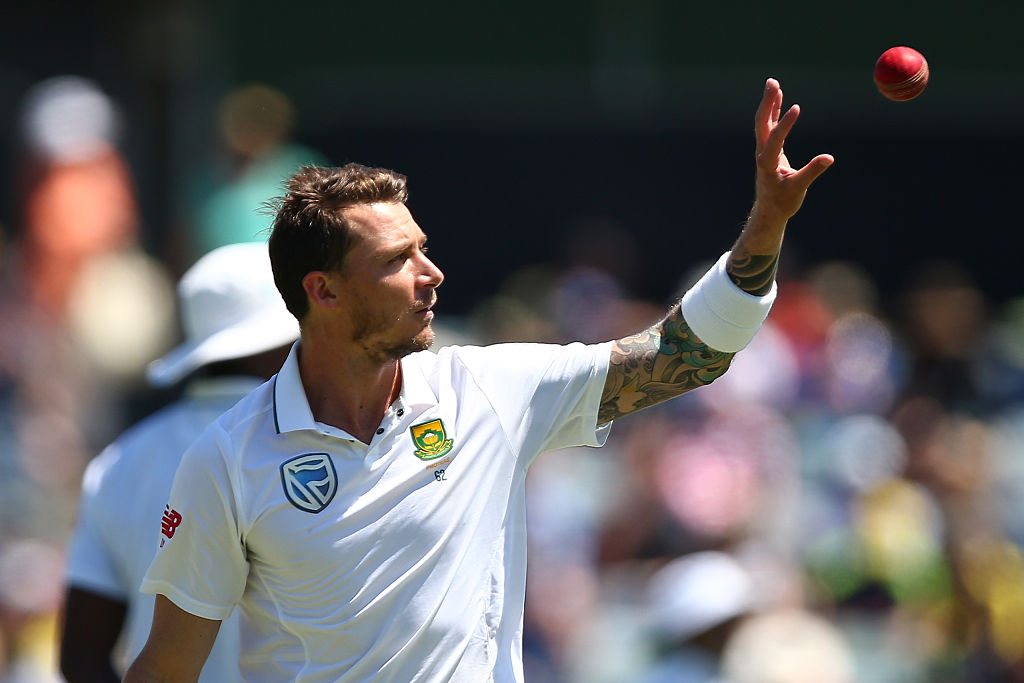 South African paceman Dale Steyn's Test series in in doubt, after suffering a shoulder injury during the openign session on day two.

Steyn injured his right shoulder while bowling during the opening session of the second day, forcing him to leave the field immediately.

Dale Steyn in pain, holding his right shoulder. This does not look good. @FOXSportsNews

The 33-year-old held his shoulder and was obvious discomfort after a delivery just over an hour into play.

He left the field with trainers and appeared unable to lift his arm and was later seen in the dressing room with his shoulder heavily strapped, before going to hospital for scans.

Steyn injured the same shoulder 12 months ago and has also been troubled by the injury over the past few months.

He took the key wicket of Australian opener David Warner for 97 a mere 10 minutes earlier.

Usman Khawaja was removed for just four shortly after, by Kagiso Rabada, making it 2-167 after 40 overs.