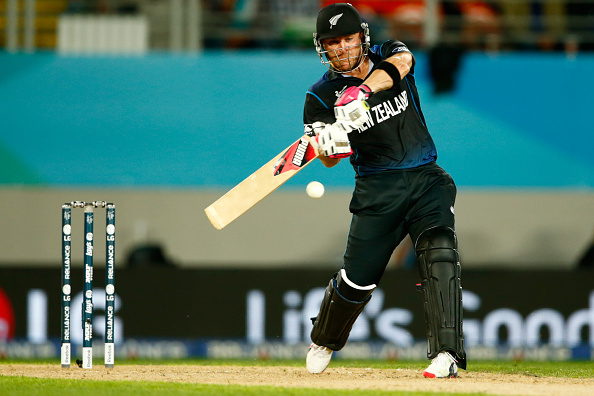 The side includes four Australians, with Ricky Ponting, Shane Warne, Adam Gilchrist and Mitchell Johnson all included in the XI.

"I wanted someone destructive at the top of the order. Chris Gayle, there ain’t much better than that," McCullum told lords.org.

"Obviously Sachin can bat for days. Ricky Ponting is another man with phenomenal statistics.

"(Lara) can hopefully take the game away in a session. Sir Viv Richards comes in next and captains the side as well.

"At number six I’ve gone for the greatest all-rounder in my opinion of all time, Jacques Kallis.

"Adam Gilchrist as wicketkeeper at seven, on the back of that top six I think he can come in and ice it off pretty quickly."

The biggest surprise was the selection of Kiwi duo and McCullum's former teammates, Trent Boult and Tim Southee.

"Johnson terrorised the opposition for years on end he can also swing the willow as well if need be, Warne speaks for himself.

"Then I’ve gone for two Kiwis. That’s purely because when I was captain of New Zealand, I said I’d never change (Boult and Southee) for the world.

"I saw them change us from an average Test team to a much harder to beat Test team."

What do you think of his side?