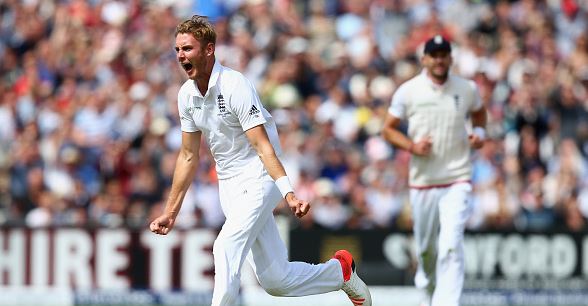 Despite his father Chris playing for England, Broad says that he loved watching Australia and in particular Glenn McGrath.

“I was very proud of Dad and what he achieved in Ashes cricket, but actually my heroes were slightly different growing up. They weren’t English,” Broad recently confessed at a Hardy’s Wines function at the Long Room at Lord’s.

“As a young kid you get influenced by winning teams, don’t you? So Glenn McGrath is my hero and watching Australian players succeed, I enjoyed that.

“Unfortunately my heroes are Australian."

However, times have changed and Broad will now lead the attack at Trent Bridge in the absence of strike bowler Jimmy Anderson, at the scene of his most infamous moment in recent Ashes history.

Broad became public enemy number one in Australia, after his refusal to walk after clearly edging a ball to first slip back in the 2013 Ashes series.

Let's hope Australia will have better luck at Trent Bridge this time around.