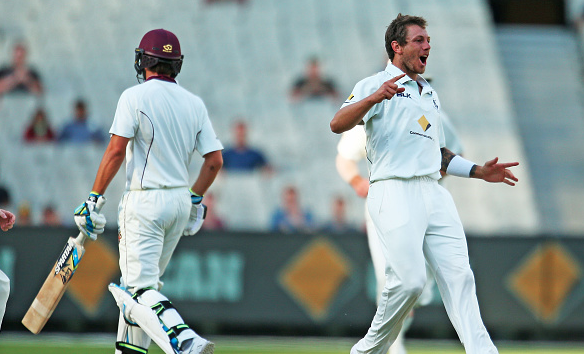 Young opener Will Bosisto scored his maiden Sheffield Shield century on Tuesday to help steer Western Australia to a draw against Victoria in a tense finish at the MCG.

James Pattinson and Victoria teammate Peter Siddle have been labelled by Australia’s bowling coach Craig McDermott as the main contenders to replace Johnson in the side for next week’s third Test against New Zealand in Adelaide.

Legspinner Fawad Ahmed (5-105 and 3-95) failed to dominate the final day’s play, although the Bushrangers were pressing hard for victory when Ashton Agar was stumped off Glenn Maxwell’s bowling at 7-273.

Hilton Cartwright was caught and bowled by Ahmed from the second-last delivery of the match, before Andrew Tye blocked out the final ball. Sam Whiteman was unbeaten on 51.