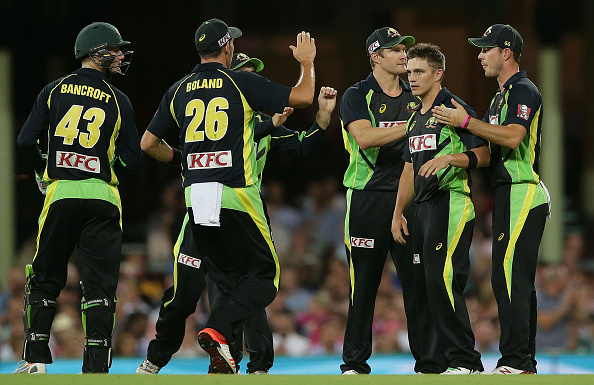 Cameron Boyce has opened up on the battles he has faced recently and how he is ready to overcome them.

Just weeks out from BBL10 Boyce was driving with his young daughter in the car when he started to experience chest pains.

He then felt horribly ill. Gripping pains in his chest were radiating down his arms, and a pins and needles sensation had reached his fingers.

Fear struck the leg-spinner, whose father and grandfather had both suffered heart attacks.

Boyce managed to pull the car over safely and get his daughter out, he called his wife and made the short walk to Princess Alexandra Hospital where he was rushed away for tests.

A four-day stay in hospital was met with countless dead-ends and test results coming back as clear.

Boyce was released from hospital and told cricket.com.au he felt guilty for maybe putting his daughter at risk.

"The thing that really hurt me was I felt how at risk my daughter was in the car with me, on the highway. Even going into the hospital, I had to give her to a nurse. It just really hit me that if something did happen to me, it would've happened to my daughter as well.

Boyce said they had tried test after test and nothing was showing up.

"I had all the tests that you could do," he says. "I had so many scans, I can't even imagine how many blood tests I've done in the past four months, had stress tests, an ultrasound, a CAT scan of my heart, x-rays, been on the ECG, everything that you can imagine.

"Every test I was getting was coming back saying I was 100 per cent fit. One test led to another test and it started really playing on me mentally, because I had obviously had all these tests and everything was coming back fine," Boyce says.

"I was starting to sit there and just thinking, 'What the hell is going on? Am I making this stuff up? Is there something else going on?' and all that sort of thing.

"There was a lot of anxiety around, obviously, knowing something was going on in there, just not what.

"I won't lie, there was some days early on where I really struggled."

Boyce said the Renegades were very understanding and helped him prioritise his health and well-being.

Boyce was still keen to get down to Melbourne and be involved in BBL10 but when it was time to get on the plane he was unable to do-so.

"I'd checked in my bags and went to go through security and I remember there was a massive line-up. And that's when I started feeling real crook again. I had to ring my wife and say, 'I'm in no state to go here, I've got to ring the Renegades'."

"They discovered there was some damage to my oesophagus and stomach. I was having what they call oesophageal spasms," he says.

"Once we had come to that realisation that I had a bit of stuff going on in my oesophagus, I guess it was a little bit reassuring because then I was like, 'Well, there is something now that has been giving me all this pain."

Mid-way through the BBL season Boyce had moved with his family into a new home where his daughter took an unfortunate tumble and the family were once again in the hospital.

"It was a really bad fall and she had to go into hospital for surgery and get teeth out and have surgical repair of her lip," he reflects. "It was pretty horrendous to see and shook us around a bit. One thing after another."

Boyce said that incident was the moment he knew he needed to take time and focus on family.

"As much as there was something physical actually happening to me – and I was a bit crook – the mental side of things was at the forefront of it all," he adds.

"Trying to deal with that and admit 'I'm struggling a bit here' …. I never thought I'd be in that position.

"You know, I've always been a pretty healthy sort of guy and all of a sudden to get hit with this… It was all just really bad timing."