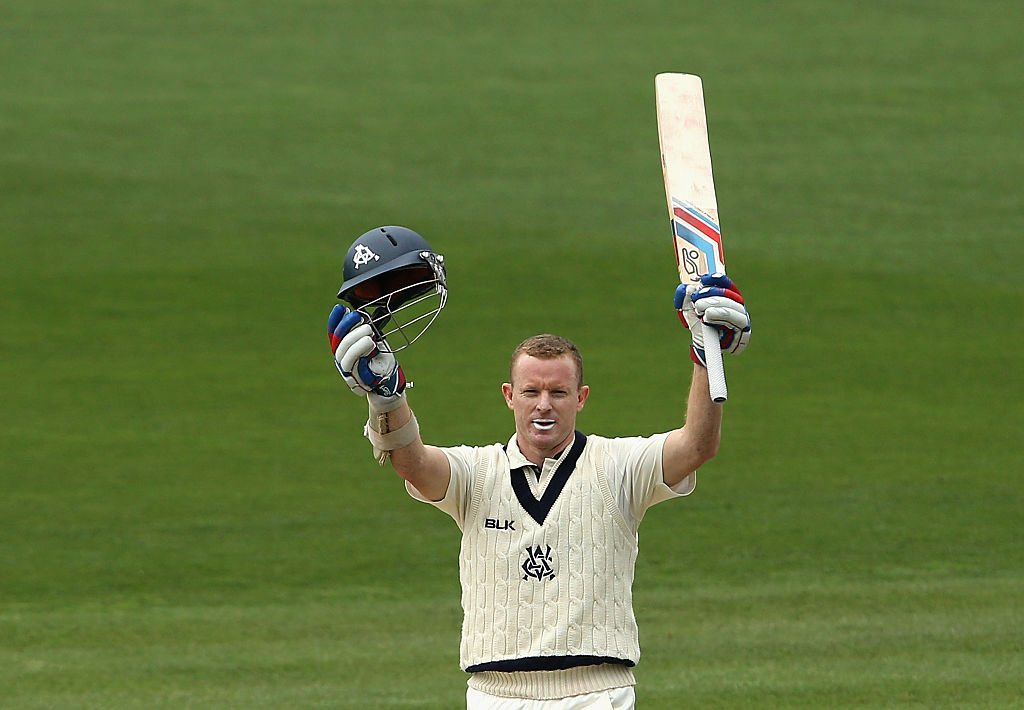 Chris Rogers' introduction into the Western Australian team was one that not many players would recover from.

At the time the then 19-year-old didn't know many players or have too many friends in the system, which just made Rogers' opening weeks in the WA team even harder for him to bare.

The following is an edited extract from Rogers' biography Bucking The Trend.

I was still something of an outsider to WA cricket culture when I was first picked in the Western Australia state squad at the age of 19. This much was obvious because when I turned up no one knew me – I was starting from a long way back in terms of relationships, if not performance. That counted, because the WA team of the time was immensely strong and competitive for places.

I was among a group of batsmen around the fringes of the state team at the time. Rob Baker, an outstanding junior batsman and sound technician was one, alongside Michael Dighton, Marcus North and myself.

It was to be Baker’s decline – he was to battle chronic fatigue syndrome and not make his way back into the team – that gave me my first chance, and I quickly discovered that my lack of familiarity counted against me.

The players loved Baker, and regarded me with looks that said ‘who’s this bloke?’ My first innings for the state didn’t help, when I was out to the modest part-timers of Mark Ramprakash just before the touring Englishmen took the second new ball.

The team’s next trip was to New South Wales for a Sheffield Shield match at the SCG, in November, 1998. We were staying in Coogee and on the first afternoon we got there the group went to the Coogee Bay Hotel. I went to the bar and ordered a beer, then found myself standing next to a senior player. The following exchange took place.

‘What are you doing?’

With that I put my drink down and walked straight out of the pub and back to the hotel, just about in tears, wondering what I’d done.

Looking back, it is true I was fairly loud, obnoxious and opinionated – three qualities that were never likely to go down well in a West Australian dressing room where junior players were expected to be seen and not heard. How times have changed.

The cricket itself was bruising and also dramatic: the SCG match came to a swift end as we were shot out for 58. My contribution of 20 was not enough to keep my place and I wasn’t to be called into the squad again until the following summer.

It was December 1999 when I got my next chance, joining the team ahead of their meeting with Queensland in Brisbane. The previous leg in a two-week tour had been in Sydney, and all I heard once I arrived were stories of how much fun the boys had enjoyed around that trip.

The Gabba was no cakewalk however, with Andy Bichel, Adam Dale, Scott Muller and a young Andrew Symonds all capable of making the ball talk on a well-grassed pitch. Sent in we were out cheaply on day one, before Symonds clattered us to all parts as the Bulls built up an imposing lead. Batting again on the second evening I was again out quickly, and as it appeared the game was heading only one way I found myself heading out late that evening.

One factor in this was that I managed to get talking to a girl, which was still pretty rare for me at that stage. But the other was the stories of various hijinks enjoyed by the team in Sydney, leaving me to think that having effectively ended my part in the match I had some sort of licence.

The team was staying in sets of two-bedroom apartments, and the following morning my roommate Michael Dighton’s alarm went off just in time for him to get to the ground on time. He knocked on my door but I was still some way from being able to think straight. Another 30 minutes or so passed before I was able to get out of the room and head for the ground, which I reached as warm-ups were halfway through.

This decidedly unprofessional behaviour was met sternly by the coach Wayne Clark, who said simply: ‘Go back to the hotel and pack your bags, you’re on the next flight home.’

As it turned out, the debutant Darren Wates was able to fight it out for long enough to take us into a tiny lead, and we had to go field again. The Queensland players were soon asking where I was, and the response that I’d been sent home early for getting out on the gas did not help my reputation beyond WA.

Back at the hotel, I looked in the mirror and told myself ‘well that’s the last time you’ll play for WA’. The journey home was an afternoon’s worth of considerable embarrassment, and I couldn’t bring myself to speak to Dad about it.

At the next WA training session, the state captain Tom Moody pulled Michael Dighton and I aside to say: ‘Guys what’s your problem? Do you actually want to play for WA?’ After I replied with an apology and an affirmation of my desire to contribute, he turned back and said ‘as for you, you’re a f---ing disgrace’ before launching into the biggest rocket I’ve ever received – thoroughly deserved too.