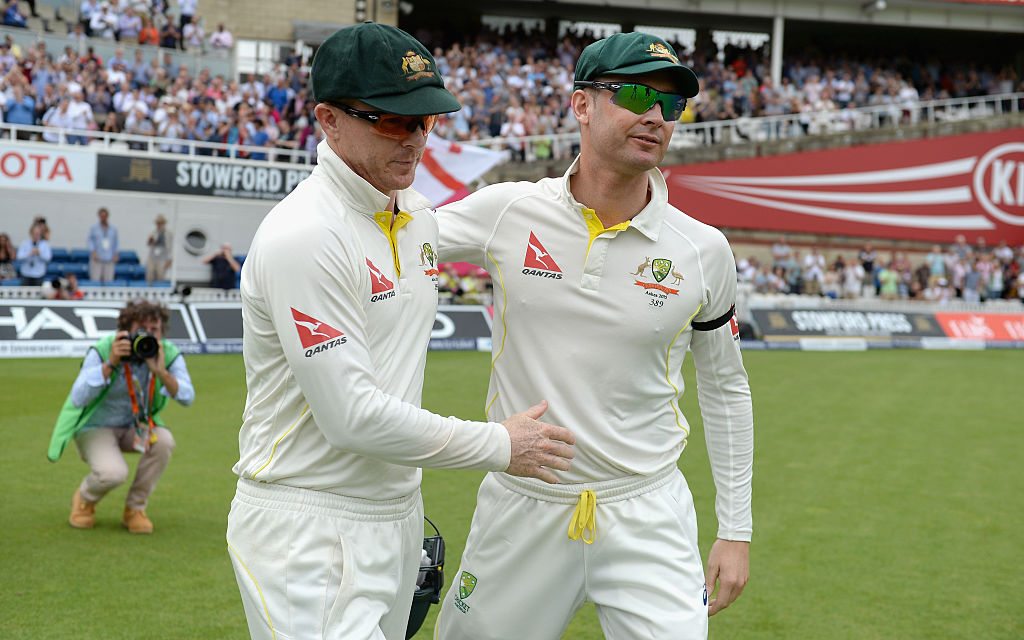 In his new book Bucking the Trend, former Test Batsman Chris Rogers has opened up about the times he was sledged by Michael Clarke and Adam Voges, two players that would go on to become teammates of Rogers in the Australian Test team.

Clarke was first to give Rogers a spray during a tour match in 2010 between Australia and Derbyshire, as Rogers was looking for a way back into the Test side.

During the match Rogers gloved a ball that he believed was caught by Australian wicketkeeper Tim Paine, and he began to walk off thinking he was caught out.

“About five metres into my walk off the ground, Mike (Hussey) called out ‘Buck, you’re not out mate, he didn’t catch it’,” Rogers writes.

“Resuming my innings, I then copped a mouthful from Michael Clarke, then Ricky’s vice-captain, for not walking immediately.

“While I understood his point, I found it a little bit odd he expected me to walk when I was still fighting for runs and my own international chance. Like Derbyshire as a club, I had to scrap for everything I was getting at that stage.”

Voges' sledge happened a little earlier in Rogers' career, as the feud began just months after Rogers left WA for Victoria in the Sheffield Shield following his Test debut in 2008.

Marcus North was batting for the Warriors at the time, and had a little symbol for his former teammate after making his first hundred of the Shield match.

“At the time I was enjoying a rare stint in the slips, and I remember Huss (David Hussey) exclaiming, ‘Mate, he just looked at you and kissed the badge!’,” Rogers writes.

Rogers hit back in Victoria's opening innings with a century of his own, but North wasn't done there, as he was closing in on a second ton in as many innings during the match.

“’If he gets a hundred and kisses the badge again, if I get a hundred in the last innings I’m going to kiss the badge!’,” Rogers joked to Hussey.

“Sure enough, Marcus looked straight at me again and kissed the badge for his second hundred of the match. ‘You’ve got to do it now,’ said Huss, as I realised it had been a stupid comment to make.

“When three figures rolled around I did as promised, and it all kicked off in the middle – the WA guys didn’t like it one bit. Adam Voges, who had been one of the guys who tried hardest to get me to stay, sledge the s--t out of me, and the gesture was widely reported on.”

“It was an extraordinary week, quite emotional, my innings clearly inspired by the turmoil that had taken me to Melbourne and then back to Perth as an opponent.

“But I’ve never kissed the badge since.”