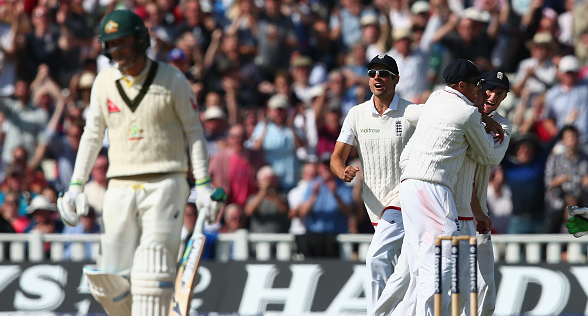 Australian captain Michael Clarke has admitted that his recent poor form is letting the team down.

“It's always going to be hard to beat any opposition when they've got 11 and we've only got 10,” Clarke said in a frank post-match media conference.

“At the moment that's how it feels.

“With my performances so far, I certainly haven't led from the front like I'd like to do as captain.

“I've always made that very clear that's a big part of my role as leader of this team, that I'm scoring plenty of runs and leading by example.”

Clarke said he remained confident he can turn his form around and that Australia can quickly regroup and retain the Ashes.