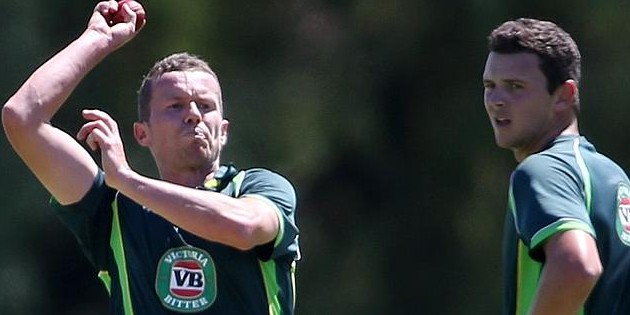 Michael Clarke says he will definitely choose to bowl first if the Cardiff pitch retains its green tinge by the morning of the first Test.

Clarke also said that the selectors were very much considering an all pace attack, given the pitch and the form of his fast pace bowlers in the nets.

"From what I've seen today, and what the groundsman's telling me, I think we're going to see some sideways movement from the fast bowlers.

"Sidds (Siddle) was unplayable - nobody laid a bat on him today in the nets.

"I thought Sidds was probably the pick of the bowlers in the last tour game, he didn't get the wickets but I thought he was the pick.

"So the selectors, I think they'll contemplate playing four fast bowlers if the wicket stays like that.

"As much as I always love having a spinner in the team, you've got to pick the best eleven for the conditions.

"If the wicket's how it is today and you win the toss, you'd definitely bowl first.

"I think both teams would do that."