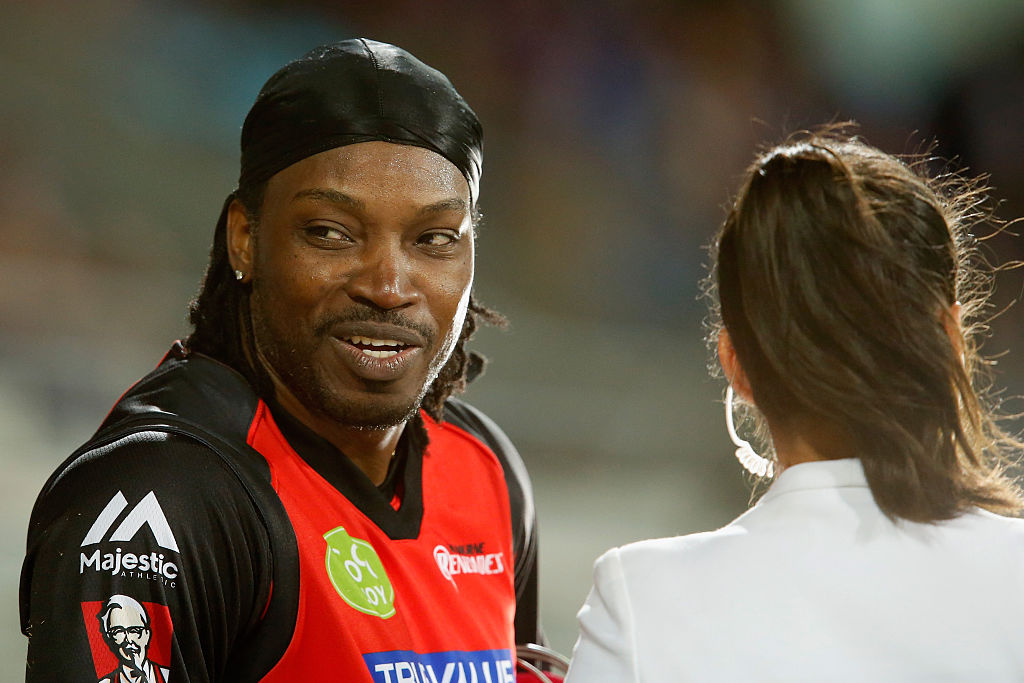 Gayle caused outrage in January following his infamous ‘Don’t blush baby’ boundary-line interview with Mel McLaughlin during his spell with the Melbourne Renegades.

But despite the bad publicity surrounding the incident, Sutherland appears to have back-tracked after Cricket Australia strongly intimated at the time that it would come over the top of any team that tried to sign Gayle for Big Bash 6.