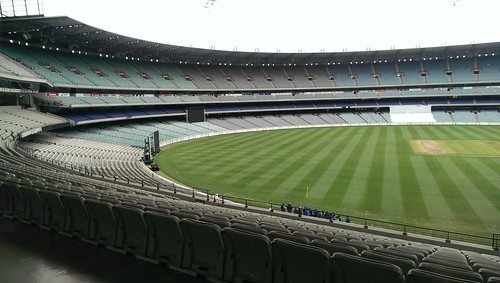 Channel Seven are desperate to get out of their broadcasting contract with Cricket Australia, according to the Courier Mail’s Robert Craddock.

Craddock spoke on Sportsday about the relationship breakdown along with Channel Seven try to sell the upcoming Big Bash broadcasting rights to a rival network.

“It’s the relationship that matters, and there barely is one between Channel Seven and Cricket Australia,” Craddock said.

“They’ve got to run cricket together, allegedly for the next four years.

“It’s been a bad deal from the start, it hasn’t really fitted, they’re desperate to get out of it.

“They’ve already rung Channel 10 to ask them to buy the Big Bash off them, that’s a categorical fact.

“They’re in bailout mode, this is trouble.

“It’s trouble because there is no one to bail out cricket, Channel 10 don’t have a coin, Channel Nine have invested heavily in the rugby and happily parted with cricket, they have tennis in the new year.

“It’s worrying signs for cricket, no doubt about that.”

Seven are certain to broadcast the upcoming Test series between Australia and India, however, next summer’s Ashes may appear on a different network according to Craddock.

“There’s no doubt one of the options Channel Seven is looking at is bailing out of their contract,” he added.

“There’s an Ashes series on at the end of next year.

“There is a tangible chance now that Seven won’t be covering that.”

The cricket Australia deal is reportedly worth $1 Billion with Foxtel and Seven.

Seven has rights to all home test matches and 43 matches of the men’s Big Bash League.