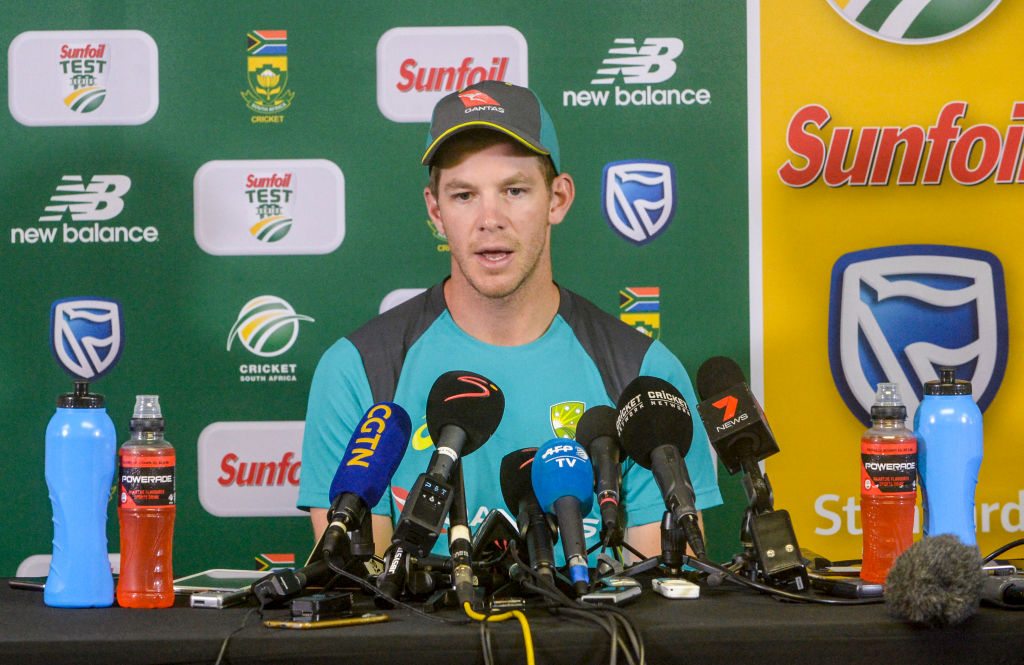 Cricket Tasmania have made a parting swipe at Cricket Australia in relation to former Australian Test captain Tim Paine's treatment.

The Tasmanian board released a damning statement yesterday saying that Paine deserved to be supported by CA instead of being treated as dispensable.

Additionally, the ongoing negotiations around the location of the fifth Ashes Test have not been favourable for Tasmania.

The possibility of playing in Hobart is undeservedly waning, with this statement perhaps an in-house admission of that by Cricket Tasmania. But it follows a disturbing theme as it appears as though the prospect of a Test match in Hobart is also being viewed as dispensable by CA.

That's any hope of the fifth Ashes Test happening in Hobart gone, then https://t.co/BrZYlCfZwc

Tim Paine is the second Tasmanian to captain the Australian side in the modern era, following in the footsteps of Ricky Ponting. Cricket Tasmania threw their weight behind the Tasmanian by reaffirming their view that Paine should not have been put in a position where he felt the need to resign.

Cricket Tasmania chairman Andrew Gaggins was visibly fuming even through a written statement.

Paine now faces a battle to retain his spot in the side, having relinquished the captaincy. His glovework and lower-order batting alone will determine his place in the side.

Put simply, any ambiguity or doubt over the location of the fifth Ashes Test would have been removed by moving the match to Hobart. The Tasmanian government has stated that the domestic border will be open to fully vaccinated travelers on December 15.

As it stands, the match is set to be played in Perth - scheduled to start on January 14. With the fourth Test taking place in Sydney between January 5-9, that will require all players and staff to undergo two weeks of hotel quarantine in Western Australia (WA) before they play under bio-secure rules.

WA Cricket chief executive Christina Matthews remains confident the Ashes Test will go ahead as planned, with a formal announcement slated for this week. CA are determined to play the match in Perth, despite the obvious obstacles it faces in balancing public health, commercial and player welfare requirements.

WA Premier Mark McGowan has indicated that the state's domestic borders will open when WA hits 90 per cent double vaccination. However, this is not expected to occur until February - effectively leaving WA as a sole state cut-off from the rest of Australia.

If WA is ruled out due to its border policy, then Hobart presents itself as an ideal option to host the Test. In a world where uncertain scheduling is normal, CA have an opportunity to at least seek certainty.

The Perth Scorchers' match on December 11 in the upcoming Big Bash League has already been re-located to Sydney, perhaps foreshadowing any further problems.

We interrupt #HurricanesTakeover to bring you some breaking #BBL11 fixture news! 🚨

Details regarding the first three matches scheduled at Optus Stadium have been confirmed, with the Sat 11 Dec match between Scorchers and Strikers moved to Sydney Showground Stadium ⬇️ pic.twitter.com/mp8aq5xnPT

England's players are rightly opposed to facing onerous quarantine conditions - especially if they can be avoided. England's players have spent more time in bio-secure bubbles than any other nation.

The requirements for the Perth Test are reportedly a four-to-five day stint in quarantine.

Public outcry would be rife if/when non-cricketers must still undergo 14 days upon receiving an exemption to travel to WA. A double-standard beckons during the Christmas holiday period, prompting the federal health minister to question WA's border policy.

CA are obviously carefully guarding their commercial fruits by making every effort to stage the game in Perth. However, it appears as though a Test match in Hobart - another Tasmanian property - is again viewed as dispensable by CA.

Australia had a one-off Test match against Afghanistan scheduled in Hobart on November 27 this year, but it has since been cancelled in the wake of the Taliban takeover of the country. Hobart has not hosted a Test match since Australia's crushing defeat to South Africa in 2016. 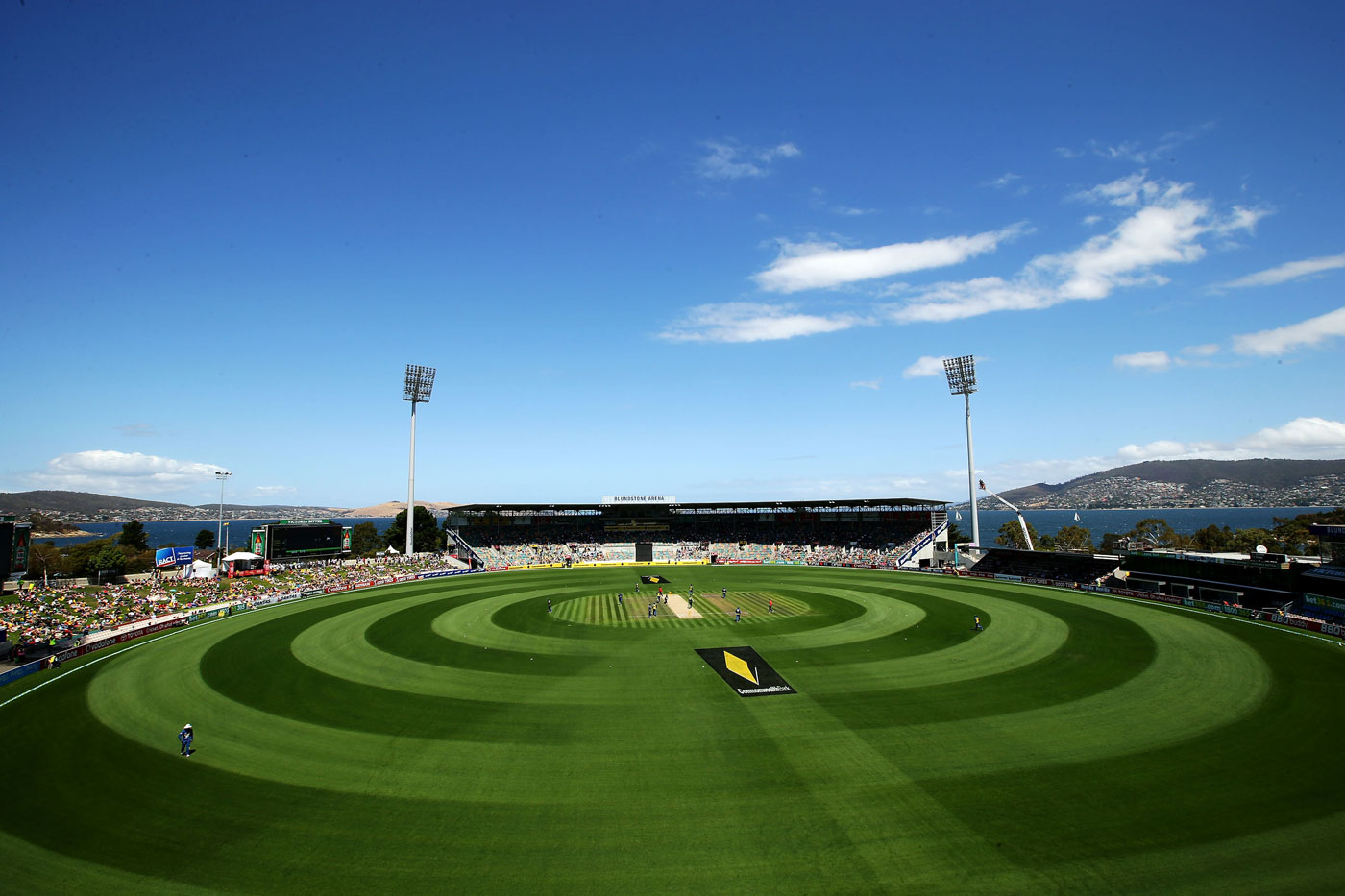 It has already been determined that a Hobart Test would be viable. Two weeks ago, Tasmanian Premier Peter Gutwein made a formal request to CA for the final Ashes Test to be switched to Hobart, declaring that WA's closed borders demanded that the match be moved.

The move would be backed financially by the Tasmanian government and should Tim Paine retain his spot in the side, it would provide a fitting send-off for the Tasmanian.

“It would be just fantastic to see Tim play at Bellerive. We’ve been having ongoing discussions with Cricket Tasmania and the CEO of Cricket Australia,” Gutwein told parliament this month.

The Hobart Test proposal would seemingly solve more problems than it creates, but it has been met by CA's relative silence and reluctance to deal with the proposal. Potentially this is what sparked Cricket Tasmania's accusations over Paine's treatment.