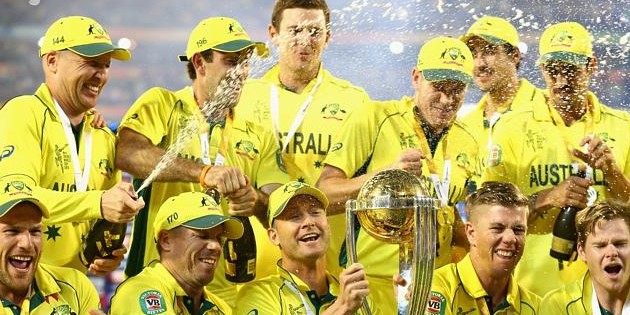 Economic benefits of the recent World Cup in Australia and New Zealand have been revealed in financial analysis.

The recent World Cup was the largest event Australia has hosted since the Sydney Olympics in 2000, according to a report from financial  analysts Pricewaterhouse Coopers.

The findings from the report revealed that the tournament provided more than AU$1.1 billion in direct spending.

The tournament was bigger than the Rugby World Cup in 2003, the 2006 Commonwealth Games and the 2015 Asian Cup.

"This was the biggest event in Australia since the Sydney Olympics in 2000 and it has changed cricket in New Zealand forever,” said Cricket World Cup 2015 Chief Executive Officer John Harnden.

"The Cricket World Cup generated two million bed nights across the two countries and around $855 million in visitor spending which is great for the tourism industries of both countries.

"When you consider the TV audience of over 1.5 billion, saturation of coverage across all digital platforms and the mainstream media coverage of the event across the 14 Host Cities, the Cricket World Cup has not only showcased the best of Australia and New Zealand but has enhanced the tournament’s reputation as a major global driver for economic and community benefit."

The World Cup final produced the biggest crowd ever recorded for a single day of cricket anywhere in the world, with 93,013 fans packing into the MCG.