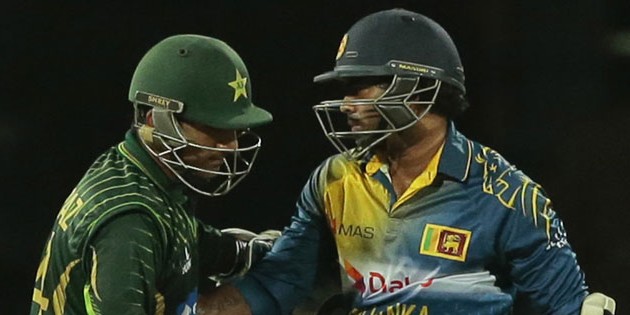 Pakistan has taken a 2-1 series lead against Sri Lanka thanks to a 135 run win in the third ODI in Colombo, after play was suspended mid-way through the match due to crowd violence.

The home side was demolished by a dominant Pakistan outfit and their troubles were compounded by an outbreak of violence in the crowd, forcing a half hour break in play.

Rocks were through from the stands and continued to be thrown from outside the stadium after several fans were evicted.

On the field, Pakistan won the toss and elected to bat, setting an imposing total of 4-316.

Openers Azhar Ali and Ahmed Shehzed got off to a bright start with a 93 run stand, however, both fell just short of their half centuries, scoring 49 and 44 respectively.

Mohammad Hafeez and Sarfraz Ahmed then shared a 72 run partnership as they went about creating an intimidating target, before Hafeez was caught for 54 at 3-196 in the 37th over.

When Sarfraz was run out for 77, the tourists had already reached 4-257 after just 44 overs.

Shoaib Malik (42 off 29 balls) and Mohammad Rizwan (35 off 22 balls) then rounded out an impressive batting display with quick fire knocks at the death, to help Pakistan to 4-316.

Pakistan off-spinner Yasir Shah then ripped through the Sri Lankan batting order with figures of 4-29 off 10 overs.

Hettige Thirimanne was the only Sri Lankan batsman to score over 20, as he scored 56 off 67 balls to try to keep his side in the game. However, it was to no-avail, as the home side lost wickets consistently throughout the innings to be bowled all out for just 181 in the 42nd over.