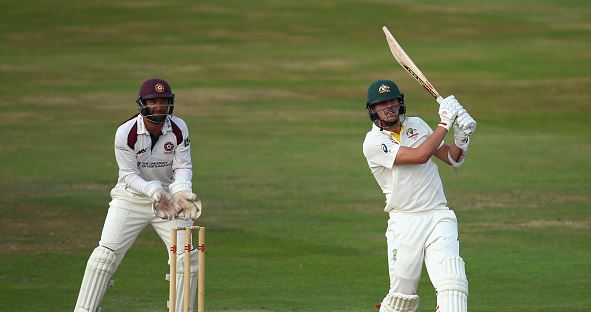 Australian's Executive General Manager of Team Performance Pat Howard, says paceman Pat Cummins is a chance of being selected for the fifth Ashes Test at The Oval.

Cummins took three wickets in the tour match against Northamptonshire and also scored an unbeaten 82 with the bat.

"It's up to selectors if they want to pick him because he hasn't played any Shield cricket for a long period of time.

"We worked for the last year-and-a-half to play him in white-ball cricket and get him to the World Cup. And to be honest I think that worked really, really well.

"(We wanted to) give him some confidence in his body and that's worked and he hasn't been injured in a long time. But young bodies, in red-ball cricket, they get injured.

"So it's up to them (the selectors). I spoke to Rod (Marsh) a couple of days ago and got the report from the Northampton game and a couple of boys have done well.

"We've obviously got to assess how the other blokes are going to come out who have been playing the whole series, effectively the six Tests in a row."