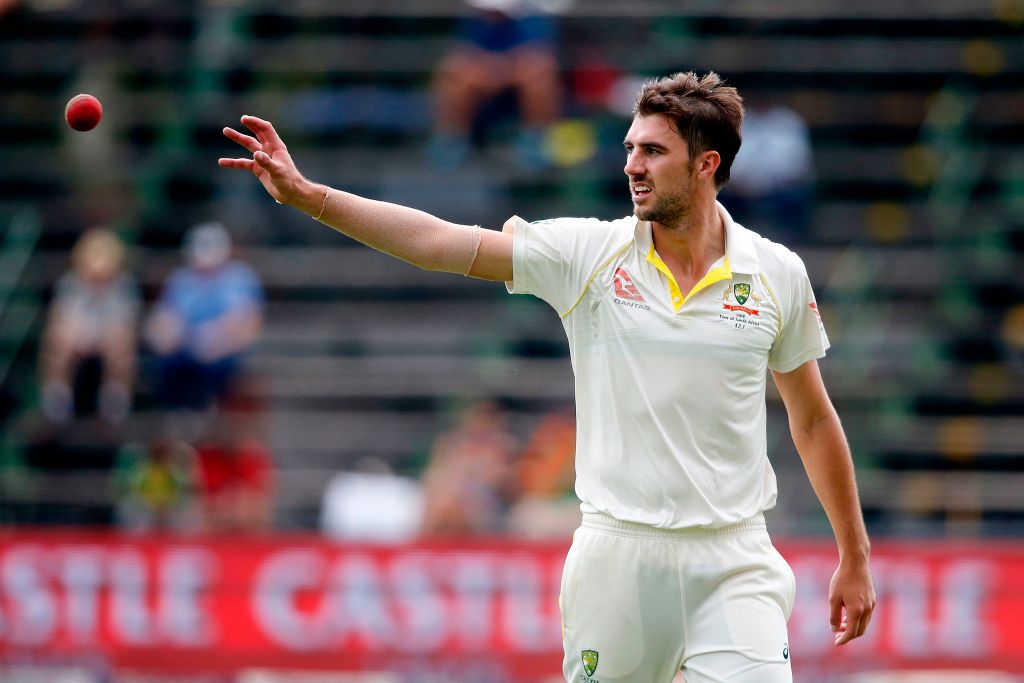 Australian Test captain Pat Cummins has spoken out over the future of Cameron Green following his incredible T20 performances in India.

Filling in for the rested David Warner at the top of the batting order, Green was among Australia's best during the three-match series, raising eyebrows over his exclusion from the T20 World Cup squad for the tournament which gets underway on home soil later this month.

The performances also raised the equation that Green is likely to be swept up for big dollars in the next IPL player draft, something that is said to worry Cricket Australia.

Green is on restrictions over his work load with the ball in hand in an attempt to prevent any injury to the young gun.

It's understood he stands to earn up to three times his Cricket Australia deal if he is to be picked up in the IPL, and speaking at an event to announce the NRMA as Australia's new naming rights sponsor, Cummins said Cricket Australia must be proactive in managing player contracts to ensure loyalty to the national team still remains into the future.

“I think you have got to be proactive the world is changing almost every month now there's new leagues and opportunities pop up, we are lucky here in Australia that for all of us players and fans Test cricket is number one, so wherever there is a Test tour on that is where us players want to be, you feel like all the cricket fans are watching,” he said.

“I don't think we can take for granted that is always going to be the case, I think we do need to be proactive and look after some of the ways we structure contracts or manage different players."

Cummins admitted managing Green was going to be vitally important over the coming months, with 15 Tests and World Cups on the horizon.

Australia play the West Indies and South Africa this summer, before touring India and England during what is the home off-season.

“Now that he is in and around three formats it becomes even more important (managing him). He's someone who loves playing, so even when he goes back to WA we've got to manage that because we've got 15 Test matches in the next six months plus World Cups," Cummins said.

The Australian test captain, who himself is facing workload questions as he weighs up the potential of taking over the ODI captaincy following the retirement from the format of Aaron Finch, said it would be hard to blame anyone for opting into the IPL however.

“I don't know, it's (joining the IPL) one of those ones, you can't really blame anyone for going in,” Cummins said.

“He's going to be in huge demand wherever he plays. It's a decision for him to make. There's lots of cricket to play.”

The T20 World Cup, without Green, gets underway in mid-October.