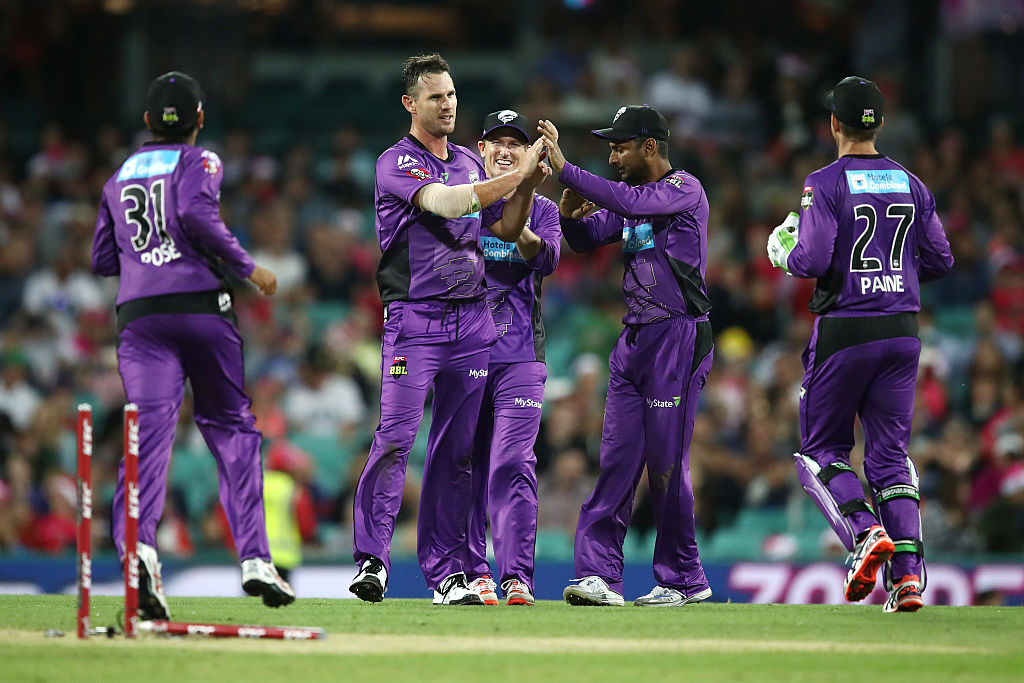 In his first appearance for the Hobart Hurricanes, opener D'Arcy Short put in a Man-of-the-Match performance, blasting 61 from just 29 balls as Hobart beat the Sixers by 60 runs.

The Hurricanes were sent in to bat by Sydney, and that immediately saw the Sixers on the back foot, as Short took it to the bowlers over the first few overs.

Short smashed Ben Dwarshuis for 19 in the second over of the match and Joe Mennie for 20 in the fourth, as he raced to the second fastest half-century in Hobart history, marking the milestone from just 21 balls.

He was caught in the deep soon after, but the damage had already been done, and Hurricanes skipper Tim Paine picked up where Short left off.

Paine added 63 in a strong performance, as Hobart set Sydney a tough target of 201 for victory.

Jason Roy started the chase strong for the Sixers as he came out of the blocks firing, but he lost two of his big-hitting teammates in the third over as Clive Rose took two massive scalps.

Jordan Silk was caught well at short third man by debutant Stuart Broad, and just three balls later captain Moises Henriques was dismissed for a golden duck after being caught and bowled.

Hobart were on top early and didn't let the match slip from there, as a rocket from Shaun Tait clean bowled Sam Billings for 42, who was Sydney's last main hope with the bat.

The Hurricanes kicked off their season with a win in their first match, while the Sixers moved to 1-1 on the season after their opening night win over the Thunder.

The debutant led from the front for Hobart for his entire innings, as he smashed the Sixers' bowlers all around the park. His 50 from 21 deliveries was the sixth-fastest in BBL history, and his knock set the tone for the remainder of the match.

A beneficiary of Short's innings, Paine was out in the middle with the 26-year-old and got himself settled while Short took centre stage. A game-high 63 from the captain was exactly what the doctor ordered.

He took two wickets from his two overs, but the dismissals of Jordan Silk and Moises Henriques in the third over turned the match on its head, as Sydney went from 0-29 to 2-34 almost instantly. Rose took the catch to see Brad Haddin leave the field as well, as he played his part in the three biggest wickets of the Sydney line-up.