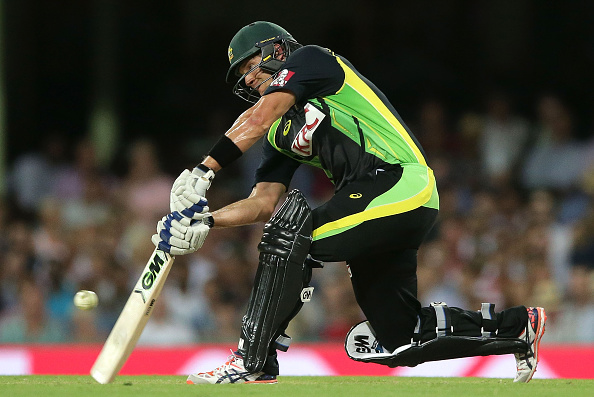 News has surfaced that Australian audiences are facing the very real prospect of a WorldT20 blackout after both Fox Sports and the major free to air networks decided against broadcasting the tournament.

According to reports, the money being requested by Indian broadcaster Star Sports is just too much for any station to justify.

One of the reasons the move may have been taken is due to the fact that the time difference between Australia and India would mean games are broadcast late at night, which is not ideal when trying to attract viewers.

The other unnamed reason may be that Australian fans simply do not care that much about international T20 cricket.

The concept, despite being only five seasons old, has captivated audiences across the country and has become a genuine highlight of the sporting calendar.

Unfortunately the same cannot be said about the international game.

Amazingly the Australian Cricket Board only scheduled three T20 fixtures this season, which will of course lead to the upcoming T20 World Cup.

Australia played three tests against the West Indies, and two against New Zealand before entering into a five match one-day tournament.

Three T20 games were tacked on after the one day series, but truthfully the games were treated as an afterthought after Australia’s dominant 4-1 series victory over a side desperate to prove themselves to be the best one day side in the world.

India would go on to whitewash the home side 3-0 in the series, which Adelaide aside was played in front of disappointing crowds.

It’s worth noting too that the Indian contingency made up arguably at least half of each venue for the three match series.

I find it strange that the one day series was not reduced to three games and the T20 series given five. I also find it very strange that the side played three one-dayers in New Zealand without a single T20 game.

Both sides have been drawn into an extremely tough group, including hosts India, so a series between the two would have benefited both sides heading into the campaign.

With the ACB showing a lack of interest in the T20 World Cup, why should the Aussie public feel they should?

As an Australia cricket fan I hope that the side wins everything, from a deciding Ashes test match to a dead rubber T20 game, but who can honestly say that they value a T20 World Cup anywhere near as much as the Ashes or even the One Day World Cup?

I’ve always been of the opinion that T20 cricket is a game which should be played between states, or franchises. I am a huge fan of the Big Bash and missed only the one game this season.

I honestly can’t recall a single highlight within the international series other than Shane Watson’s brilliant knock in the third game.

For years I have considered myself in the minority, however given the lack of media coverage campaigning for one of the networks to pick up the tournament, it seems the Australian public agrees with me.

I hope Steve Smith and the boys bring home the title, but I won’t be staying up until all hours of the morning like I did for the Ashes.

Am I still in the minority, or is it true? Do Australians just not care that much about international T20 cricket?